On 01/04/2022, a local auto dealership on Harbor Blvd., in Santa Ana, caught fire causing damage to several structures and vehicles in the lot as well as an adjacent mobile home park, as we reported in an earlier post.

Video surveillance caught the suspect at the location moments before the fire and he is believed to be involved in the arson.

Anyone with information on the identity or whereabouts of the suspect is asked to contact Detective A. Castro at 714 245-8345 or at acastro@santa-ana.org.

The owner of In-N-Out Burgers, Lynsi Snyder-Ellingson, and her husband Sean Ellingson are hosting the Cruisin’ 2 Freedom Car Show and a Car Cruise on Jan. 15 at the OC Fair and Event Center to benefit their non-profit, Slave 2 Nothing, which was established in 2016 to help improve the lives of individuals and families affected by substance abuse and/or human trafficking.

Here are the event details:

Polish up those wheels, maybe throw on an extra coat of wax and head down to the OC Fairgrounds for an unforgettable Car Show & Car Cruise.

Cars you’ve seen featured on In-N-Out T-shirts will be brought out from the Snyder Garage!

Enter a display vehicle in the Car Show for the chance to win prizes and take home Cruisin’ 2 Freedom commemorative gifts!

Or, start your engines and get ready to cruise, when you set off on a 22-mile drive that includes photo-worthy moments at iconic In-N-Out Burger restaurants located along the beautiful Pacific Coast Highway.

At the end of the cruise, you’ll wheel on back to the OC Fairgrounds, where you can enjoy a Double-Double fresh from In-N-Out Burger’s Cookout Trucks, take part in Special Raffle Giveaways, and bid on exciting Silent & Live Auction packages, all while learning more about the Slave 2 Nothing Foundation’s impactful work in our communities.

Wrap up the evening with a heartwarming Give Back activity as we come together to provide comfort and support to trafficking survivors.

Every penny raised by your registration and donations goes directly to organizations that are working tirelessly on the front lines to help eliminate human trafficking and save lives.

See you at the starting line!

“The Sunset Classic Car Show and Concert was a wonderful way for the community to come together once again in an outdoor space and enjoy an evening of live music and good food,” said Chairman Andrew Do.

Organized by Supervisor Andrew Do, Chairman of the Orange County Board of Supervisors, the free event featured a variety of food vendors and a display of classic cars. Attendees had a chance to vote for their favorite classic car, lowrider, and MOPAR vehicle. All participant vehicle owners received a medal for participation.

The event also had live musical performances by:

This event was hosted in collaboration with OC Parks.

Bring your lawn chairs and your family to celebrate the end of summer at the first-ever Sunset Classic Car Show and Concert at Mile Square Park, on Saturday, September 18. The car show will run from 4 pm. to 9 p.m. and the concert from 4:00 p.m. – 9:30 p.m.

“The Sunset Classic Car Show and Concert is a wonderful way for the community to enjoy the end of summer in an outdoor space,” says Supervisor Andrew Do, Chairman of the Orange County Board of Supervisors.

The Classic Car car show will run from 4 p.m. to 7 p.m. The cars will be on display in Lot E, in front of Freedom Hall on the Euclid and Edinger side of the park. Register your Classic Car by calling 714-834-3110. Complimentary professional photos for the car owners will be available for download after the event.

The family-friendly event will feature a display of classic cars, trophies for classic cars, a variety of food vendors, and musical performances.

The OC Health Care Agency strongly recommends that children who are not vaccinated and the elderly who are at high risk wear a face mask. Face masks and hand sanitizer stations will be available at the event. 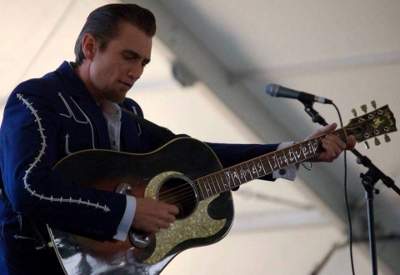 Bring your blanket and picnic basket for this free family event. Attendees are also invited to bring their vintage car or motorcycle for a chance to win a “Fan Favorite” trophy. END_OF_DOCUMENT_TOKEN_TO_BE_REPLACED

Please note that during the weekend of Feb. 19 to 21, all lanes of the 91 freeway between the 71 freeway and Interstate 15 in Corona will be closed, weather permitting. END_OF_DOCUMENT_TOKEN_TO_BE_REPLACED

Each May 5th (Cinco de Mayo), the City of Santa Ana experiences a high volume of unsanctioned cruising activity. This unsanctioned activity produces public safety concerns, numerous calls for service and grid-lock. In an effort to provide a safe environment and minimize the impact on our local neighborhoods, the Santa Ana Police Department will be deploying extra police personnel to deal with the influx of cruiser activity. END_OF_DOCUMENT_TOKEN_TO_BE_REPLACED

On August 28, 2012, Suspect Darnell Washington escaped from the San Bernardino County Jail with the aid of his wife, Suspect Tania Washington. END_OF_DOCUMENT_TOKEN_TO_BE_REPLACED 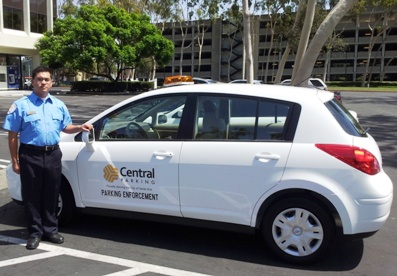 In an effort to provide more efficient and effective services to the community, the Santa Ana Police Department has contracted with Central Parking System, Inc. to assume some of the City’s on-street parking enforcement effective September 4, 2012. END_OF_DOCUMENT_TOKEN_TO_BE_REPLACED

The Santa Ana Police Department will be conducting a DUI/Drivers License checkpoint on Friday, August 3rd, 2012. It will begin at 7:30PM and is scheduled to conclude at 1:30AM. It will be conducted in the area of 2300 N. Tustin Avenue, in the City of Santa Ana. END_OF_DOCUMENT_TOKEN_TO_BE_REPLACED 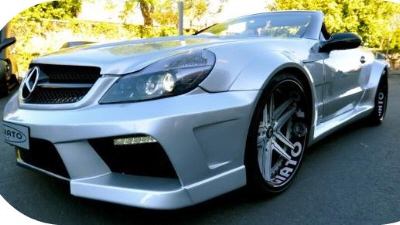 Trying to figure out something to do before the big game? How about stopping by the Lyon Air Museum for our Exotic Cars & Cockpits Pre-Superbowl Meet event. We will have a line up of Porches, Lamborghinis, Ferraris and other exotic cars in the parking lot, as well as Hitler’s Mercedes, vintage aircraft and other great civilian and military automobiles inside the museum! 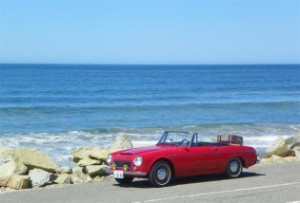 SANTA ANA, Calif., August 1, 2011—Lyon Air Museum, a premier Southern California showcase for vintage military aircraft and automobiles, will host members of the Southern California Datsun Roadster Owners Club (SoCalROC) at its “Cars & Cockpits” event scheduled for Sun., August 7, 2011, from 10:00-11:30 a.m. at the facility, located on the west side of the runway at John Wayne Airport in Orange County. (NOTE: Weather permitting). END_OF_DOCUMENT_TOKEN_TO_BE_REPLACED 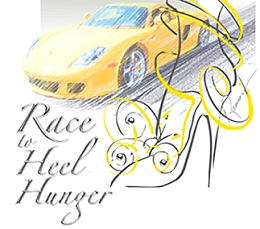 You are invited to join us for a special evening of wine tasting, gourmet food, and live entertainment… surrounded by beautiful and exotic cars at the Marconi Auto Museum. The festive evening will also include a high heel “stiletto strut”, tables full of silent auction items, an exciting live auction, and slot car racing. Our Master of Ceremonies, Michele Gile, award-winning news reporter from KCAL 9 and CBS 2 will lead the way to “heel hunger” by putting our best foot forward.

With food stamps, children nutrition programs and other anti-hunger and poverty programs at risk, our Orange County Food Bank has join forces with those OC Newport ladies to put on a fun event that involves fast cars, high heels and 8 top chefs cooking their hearts out with a great supply of wine and happiness. Go to www.ocfoodbank.org to party at the “Race to Heel Hunger” at Marconi Automotive Museum in Tustin on Friday, April 29th, 2011 from 6-9 p.m. 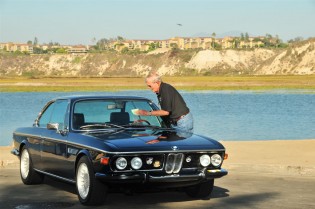 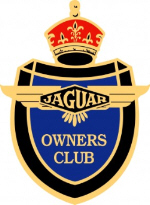 SANTA ANA, Calif.—Lyon Air Museum, a premier Southern California showcase for vintage military aircraft and automobiles, will host dozens of classic Jaguar vintage sports cars as part of a “Cars & Cockpits” event scheduled for Sun., Jan. 8, 2012, from 10-11:30 a.m. at the facility, located on the west side of the runway at John Wayne Airport in Orange County. (NOTE: Weather permitting). END_OF_DOCUMENT_TOKEN_TO_BE_REPLACED