But if you were hiring someone to work for you, would you consider the folks who are running for local office in Santa Ana this year? In that case what factors would you weigh in trying to determine who to support for local offices? END_OF_DOCUMENT_TOKEN_TO_BE_REPLACED 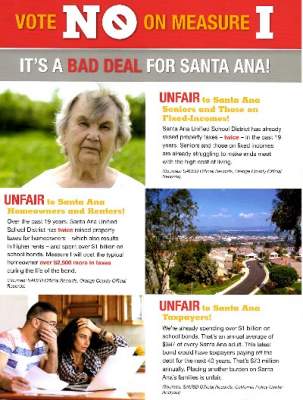 One of the mailers addressed the unfairness of Measure I, which will have a huge negative impact on Santa Ana senior citizens and others on fixed incomes, such as the disabled and those who are combating serious illnesses. END_OF_DOCUMENT_TOKEN_TO_BE_REPLACED 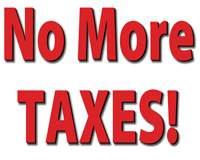 The largest age group in Santa Ana is the 25 to 44 group, making up over 31% of the population while those over 65 make up about 7% of the population.  Over 30% are under the age of 18. The median household income in our city is $54,521, according to the City of Santa Ana. The median household income in Orange County is $78,145 according to the U.S. Census.  END_OF_DOCUMENT_TOKEN_TO_BE_REPLACED