Two men, Salagi Iakopo, 21, and Tehuiarii Matautia, 20, of Carson, were arrested by Fountain Valley police officers on suspicion of robbing a victim at gunpoint and stealing several high-end wristwatches.

The crime occurred last Wednesday at the 18000 block of Brookhurst at about 3:30 p.m. That location is a shopping center that includes a Dunkin’ Donuts.

The suspects were arrested later that day in Long Beach on charges of robbery and grand theft.

Bail was set at $1 million for each suspect according to the Fountain Valley Police.

Iakopo pleaded not guilty to second-degree robbery and has denied being armed with any type of gun. He is being held at Theo Lacy Facility with a pretrial mandatory settlement conference scheduled for Jan. 10 at the West Justice Center.

Matautia was released from custody on Monday.

On Sunday, April 25, just before 4:00 p.m., IPD responded to the shopping center at Harvard and Main regarding an attempted robbery. According to statements and video footage, a white Mercedes sedan drove past the victim as he walked through the parking lot. The Mercedes stopped in the middle of the parking lot and two males exited the vehicle. Simultaneously, a gray Nissan Sentra stopped nearby and two additional males exited, one holding a handgun in his right hand as he ran towards the victim.

The drivers of the suspect vehicles were not seen during the commission of the crime.

An uninvolved vehicle parked in the shopping center captured video of the crime. An edited version of the video can be viewed here: https://youtu.be/SF-31Xajl8I.

At this time it is unknown why the victim was targeted, but it appears that the suspects may have followed him into the City of Irvine from the Los Angeles area. The victim is not an Irvine resident and he was passing through Irvine on his way to another city. It is believed this was an isolated incident and there is no known danger to the community.
The investigation into this case is ongoing.

Anyone with information is asked to contact Detective Haldor Larum at 949-724-7194 or email: hlarum@cityofirvine.org.

On February 15, 2021, at approximately 5:25 AM, the victim was seated in the driver’s seat of his vehicle when Kenny Poncio and Agustin Ceja walked up to him. The suspects demanded the victim to lower his window, while each pointed a gun at him. Fearing for his safety, the victim sped away. As he drove away, both Ceja and Poncio fired at the victim’s vehicle, striking it several times.

On 03/01/2021 Ceja was taken into custody and was in possession of the gun used in this crime. Kenny Poncio and the gun he used have yet to be found. Poncio currently has a warrant out for his arrest for an unrelated case.

Anyone with information on the whereabouts of Poncio and the identity/whereabouts of suspect 2 is asked to please contact Detective Solorio at (714) 245-83163.

On May 8th, at 2:00 a.m., both suspects arrived at the gas station in the suspect vehicle, a Silver four door Nissan Altima. Immediately upon entering the victim business, Suspect #1 walked to the checkout counter, pointed a chrome revolver at the victim and demanded the money from the register. The victim opened the register and stepped back. Suspect #2 walked behind the counter, took several packs of cigarettes, and removed the money from the register. Both suspects exited the store and returned to the suspect vehicle, which fled the scene northbound from the location.

Anyone with information on the identity of either of these suspects is asked to please contact Detective Corporal D. Padron at (714) 245-8545 / dpadron@santa-ana.org or Orange County Crime Stoppers at 1-855-TIP-OCCS

On July 4, 2019, at 7:09 AM, Suspect #1 entered the M & Toi Café, located at 4702 W 1st St., removed a black gun from a bag and pointed the weapon at the victims demanding they put their money in the bag. The victims complied and gave Suspect #1 their cash. Suspect #2 entered the business brandishing his weapon and acting as a lookout. Both suspects fled the business on foot, according to the SAPD.

On July 4, 2019, at 7:19 AM, Suspect #1 entered Dey’s Doughnuts, located at 630 S. Euclid, and brandished a gun at the victim. Suspect #1 demanded the victim put the money from the cash register into a bag. The victim compiled after the suspect pointed the gun at his head. Suspect #2 stayed by the front door as a look out and was armed with a black handgun. Both suspects fled the store on foot.

Anyone with information on the identity of these suspects is asked to contact SAPD Robbery Detective Duane Greaver at 714-245-8362, dgreaver@santa-ana.org or Orange County Crime Stoppers at 1-855-TIP-OCCS.

On 5-1-2019 at approximately 4:40 AM the female victim arrived at the Bank of America located at 2100 South Main Street to use the ATM machine. As the victim was using the machine to retrieve cash, the male suspect approached the victim removing a large handgun from his waistband, according to the SAPD.

The suspect demanded the victim give him the money, a short struggle occurred and the victim gave the suspect the money. The suspect and fled the location after getting into an early 2000’s Chevrolet Silverado dark in color.

Anyone with information on the identity of the suspect in this case is asked to contact Robbery Detective Corporal D. Padron at (714) 245-8545 or DPadron@santa-ana.org.

Two male suspects walked into One Stop Liquor, located at 14252 Newport Ave., grabbed cases of beer and then tried to leave without paying, on Saturday, March 16, according to a Tustin Police press release.

When an employee confronted the suspects in the parking lot, they got into a fight. One of the robbers then pulled out a handgun and pointed it at the store employee before the suspects took off in an older model, dark colored Acura SUV.

The employee suffered minor injuries during the fight, but thankfully no shots were fired at him.

Tustin police detectives are still searching for the robbery suspects. Anyone with information about the suspects is encouraged to call Tustin Police Detective Cossack at 714-573-3269, or the watch commander at 714-573-3220. Anonymous tips can also be left with Orange County Crime Stoppers by dialing 855-847-6227 or by visiting ocrimestoppers.org.

Advisory: Santa Ana PD is bringing back our #MostWantedWednesday series!

The incident happened at the area of Harbor Boulevard and Buaro Street. Garden Grove police officers who responded to the scene after getting calls about gunshots.  END_OF_DOCUMENT_TOKEN_TO_BE_REPLACED 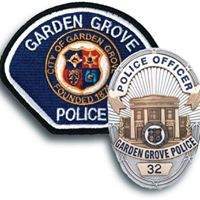 The Garden Grove police were contacted at about 12:30 a.m. about an armed robbery near Harbor Blvd. and Quatro Ave. When the officers arrived at the scene they ended up pursuing the suspects as they fled in their vehicle onto the Westbound 22 Freeway then onto the I-405. END_OF_DOCUMENT_TOKEN_TO_BE_REPLACED 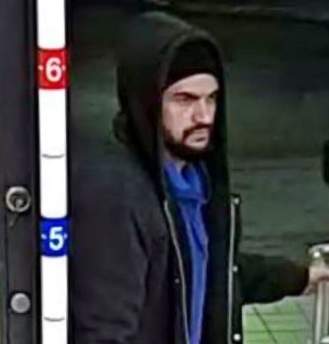 Last night, March 22, 2018, at approximately 9:05 p.m., a male suspect entered a convenience store at the 3400 block of Fairview Road in Costa Mesa. The suspect demanded lottery scratchers, brandished a handgun, and fled the scene with approximately $600 in scratchers.

The suspect is described as: END_OF_DOCUMENT_TOKEN_TO_BE_REPLACED

Synopsis: On 3/29/17, at approximately 11:30 pm, the suspects approached a Donut Star employee in the parking lot behind the business. Suspect #1 brandished a silver revolver at the employee and demanded his cellphone and money. Suspect #1 remained with the employee outside, while Suspect #2 and #3 entered the business through the rear door, which led into the office and kitchen area. They encountered the second employee when Suspect #2 brandished a small black semi-auto handgun, ordering the employee to open the two cash registers. Fearing for her safety, the employee opened both cash registers, at which time; Suspect # 2 and #3 grabbed the money from inside and fled the business out the back door. All three suspects were last seen running eastbound on Warner Ave from the location. END_OF_DOCUMENT_TOKEN_TO_BE_REPLACED

Police detectives from Garden Grove and Santa Ana tried to search a warrant at his home, but Gutierrez was not there. They did however find his stash of “tools” – a sawed-off shotgun, handguns, illegal drugs and a mask worn in other robberies. END_OF_DOCUMENT_TOKEN_TO_BE_REPLACED