Officers responded to the area and found an adult male down in the roadway suffering major injuries. Orange County Fire Authority (OCFA) personnel responded and began to treat the male before pronouncing him deceased at the scene.

The preliminary investigation has revealed that the male pedestrian was crossing Euclid Street, in a wheelchair, when he was struck by a vehicle headed north on Euclid Street.

The surrounding streets were closed for approximately two hours.

40-year-old Anaheim resident, Raul Salgadocastro was arrested on suspicion of committing the rape against a 45-year-old female under his care.

A cell phone, believed to once belong to Salgadocastro was discovered to contain a video of the suspected assault.

The victim has been a patient under Salgadocastro’s care for nearly 20 years. The patient is described as non-communicative.

The rape is suspected to have occurred at a live-in care facility located in Anaheim.

Due to victim confidentiality, the location will not be publicly disclosed by detectives.

Salgadocastro works as a caretaker for several locations in Orange County. Anyone with information on Salgadocastro’s activity is urged to call Anaheim Police Detective J. Carney at 714-765-1697.

On 10-3-20, a 67-year-old physically disabled female was sitting in the front passenger seat of her vehicle waiting for her husband, who was in the grocery store at 5111 W. Edinger.

At approximately 12:00 pm, Jaime Magana Arechiga entered the driver side of the vehicle as the victim was still seated inside. The victim pleaded with him to return back to the market, but Arechiga refused and drove away. Arechiga continued to drive around with the victim still in the car for approximately 45 minutes. During that time, the victim’s husband called her to inquire as to her whereabouts. The victim was unable to provide her various locations due to her limited vision.

With the assistance of Orange County Probation, officers were able to identify Arechiga as a subject currently on probation for Resisting Arrest and Restraining Order violations.

On 10/8/20, Arechiga was located and taken into custody near his family’s residence.

Arechiga is currently in custody for carjacking, kidnapping, and false imprisonment of elder/dependent adult, and his warrant. His bail is currently set at $1,002,500.

Arechiga has a criminal record spanning over 22 years with prior arrests for burglary, resisting arrest, criminal threats, and sales/transportation of narcotics. Arechiga was on supervised release probation at the time of his arrest.

On October 3, 2020, at approximately 12:51PM, the 67-year-old disabled, female victim was sitting in the passenger seat of her vehicle waiting for her husband who was shopping. The wanted suspect entered the driver’s seat of the victim’s vehicle and drove off with the victim. The victim asked the suspect to release her several times, but he refused. The suspect eventually drove the victim to the location and upon their arrival, the suspect fled the location on foot. The victim’s sister was able to take a picture of the wanted suspect as he fled the location.

Anyone with information identifying the wanted suspect in this case is asked to contact Detective D. Prewett at (714) 245-8323.

Matthew Jason Weaver, a 45-year-old registered sex offender was charged Monday, July 22, on suspicion of raping a 19-year-old developmentally delayed woman in Garden Grove, according to the O.C. Register.

Weaver picked up the victim in Huntington Beach on April 15, then drove her to Garden Grove, where he allegedly raped her, according to the Garden Grove Police. The young woman had visited the beach and was looking for a ride home after missing her bus.

Weaver was previously convicted in March 2014 of two misdemeanor counts of lewd conduct in a public place and one count of indecent exposure. He was sentenced to 60 days in jail and ordered to do eight hours of community service.

Weaver bot busted again while he was still on probation, when he exposed himself in his car while making eye contact with two victims on July 11, 2016. That led to another conviction of two felony counts of indecent exposure and two misdemeanor counts of lewd conduct in a public place and he was sentenced to two years and eight months in prison.

In that case the victims took a picture of the Weaver’s car and gave a license plate number to the police.

Two days later Weaver tailgated another driver and swerved to pull up in the lane next to her, then — while yelling to get her attention — contorted his body upward in an attempt to expose his crotch.

In this latest case Weaver was charged with sexual penetration by a foreign object and force, sexual battery, attempted sodomy by force and forcible oral copulation, all felonies, according to court records. He is being held without bail.

On Friday, June 28, 2019 at approximately 10:37 PM the Santa Ana Police Department (SAPD) received a call of a vehicle versus pedestrian traffic collision near the intersection of 1st and Townsend Streets with a pedestrian down in the street, according to the SAPD.

SAPD officers responded to the area and found the pedestrian to still be down in the roadway. The pedestrian was initially found to have a faint pulse and shallow breathing before all signs of life ceased. Officers began CPR until Orange County Fire Authority (OCFA) personnel arrived and took over. The pedestrian was transported to an area hospital where he was admitted in extremely critical condition.

The preliminary investigation revealed the pedestrian, who was in a wheelchair, was crossing 1st Street in a southerly direction within a marked crosswalk when he was struck by a vehicle headed east. Following the collision, the vehicle failed to stop and continued east on 1st. The outstanding vehicle is believed to be a black or dark colored Toyota Camry that should have extensive damage to its front end.

The Santa Ana Police Department’s Collision Investigations Unit (CIU) responded to the collision scene and handled the investigation. Anyone possibly having information about this collision and or the outstanding vehicle is asked to contact the Santa Ana Police Department’s Traffic Division at (714) 245-8200 or Investigator N. Quinones at (714) 245-8284.

On 3-10-2019, at 7:02 am, SAPD Dispatch received a 911 call, the reporting party stated he was in the area of the 3700 block of South Bristol Street and was witnessing a suspect beating a victim who was in a wheelchair.

The suspect was described as male, 35, dark hair wearing a gray hoodie and black pants. The caller observed the victim bleeding heavily from the head and the suspect fleeing the scene southbound on foot. Orange County Fire Authority Medics arrived on scene, located the victim, rendered aid, and transported the victim to a local trauma center. The victim suffered severe head injuries and remains in grave condition.

Witnesses contacted SAPD reporting the assault suspect was walking southbound on Bristol Street from the 3700 block South. Responding officers located the suspect and attempted to detain him. The suspect fled on foot and was arrested after a foot pursuit.

The witness positively identified suspect Vittorio Roland Froncillo as the suspect in the assault. Suspect Froncillo was booked into the SAPD Jail for the charge of Attempted Murder.

SAPD Homicide Detectives are investigating this case, anyone who witness this crime or has additional information please contact Corporal M. Lemmon at MLemmon@santa-ana.org or (714) 245-8340. 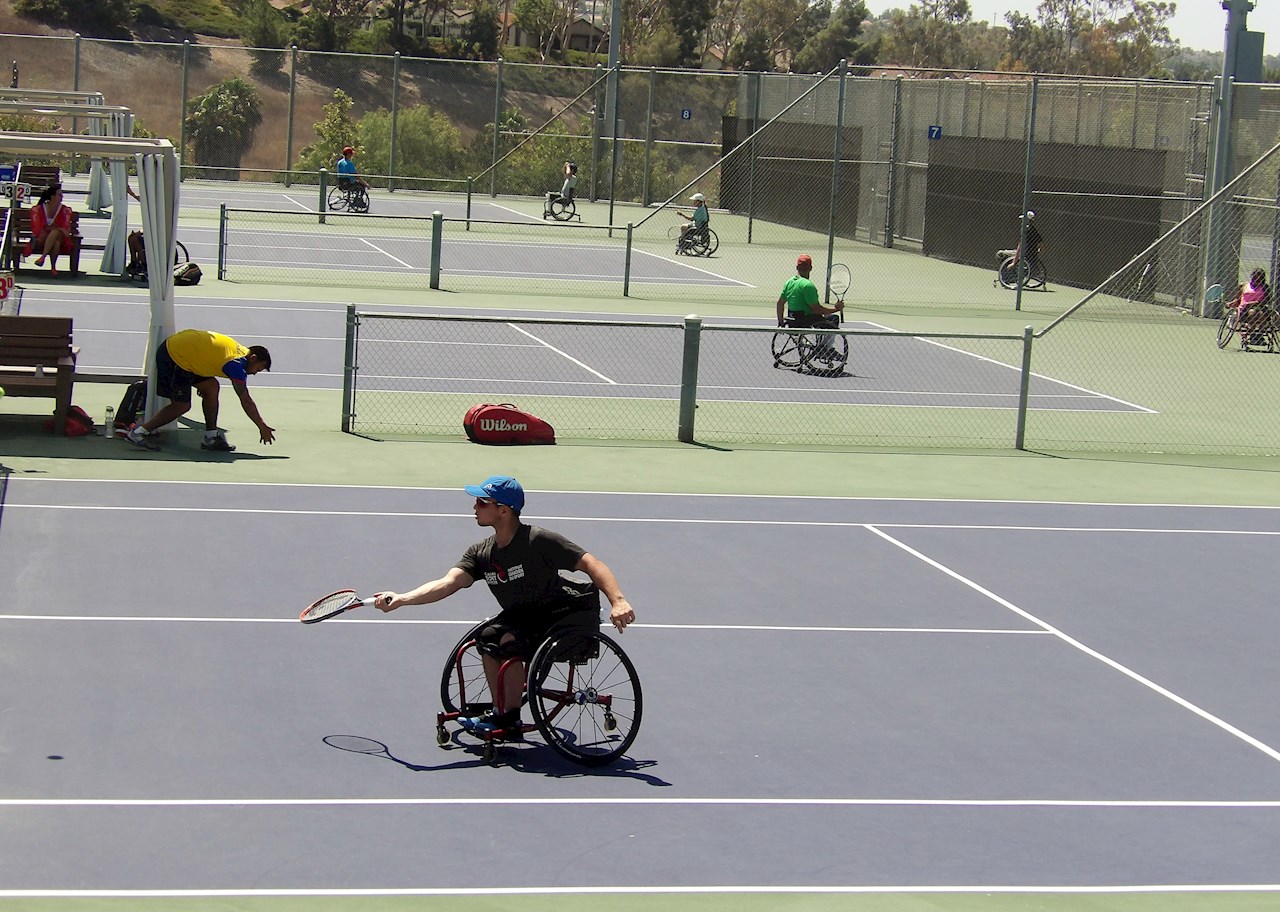 More than 200 students from Santa Ana Unified School District (SAUSD) will participate in the First Annual SAUSD Wheelchair Tennis Event to be held at Mc Fadden Intermediate School on Friday, September 9, 2016. The matches will begin at 11:00 a.m. and end by 3:00 p.m.

The event is sponsored by Kiwanis Club of Santa Ana in conjunction with SAUSD, First Serve Santa Ana, and the United States Tennis Association. The purpose of the event is to demonstrate to all parties that athletes with disabilities can play the great game of tennis and have fun. The immediate goal of this event is to “Build Confident Kids Through the Game of Tennis”. END_OF_DOCUMENT_TOKEN_TO_BE_REPLACED The wheelchair was stolen early last Saturday morning and was reported to the SAPD on Tuesday night.  The family tried to find the wheelchair but was unable to do so. END_OF_DOCUMENT_TOKEN_TO_BE_REPLACED Applications for advisory committees are being accepted through May 8

ORANGE – The Orange County Transportation Authority is seeking community leaders to fill seats on its Citizens Advisory Committee. OCTA is also seeking volunteers who represent individuals with disabilities and senior citizens in the county to serve on its Special Needs Advisory Committee.

These 34-member committees meet throughout the year to provide input on a broad spectrum of transportation projects, studies and outreach activities and offer input to OCTA staff and its board of directors. END_OF_DOCUMENT_TOKEN_TO_BE_REPLACED

The ground breaking will take place on Thursday, May 3rd, 2012 at 1:00pm. The event will be held at the Vista Del Rio development site located at: 1600 West Memory Lane, Santa Ana, CA.   END_OF_DOCUMENT_TOKEN_TO_BE_REPLACED The 36th Annual VSA Festival will be held at the Westfield MainPlace Mall on April 21, from 11 am to 4 pm.  VSA California of Orange County provides arts, education, and cultural opportunities by, with, and for people with disabilities, making the arts accessible to people of all abilities.  Click here to download the event flier.

The annual VSA Festival is held each spring to culminate year-round, school and community based arts program efforts, including hands-on workshops, demonstrations, performances, and a visual art exhibit, serving all ages and all disabilities. Opening ceremonies showcase outstanding performers and provide an overview of the day’s activities. Individuals and organizations that have sponsored and supported the VSA programs are acknowledged. END_OF_DOCUMENT_TOKEN_TO_BE_REPLACED

(Santa Ana – CA) The Orange County Housing Authority (OCHA) will open its Waiting List to accept pre-applications for housing assistance from February 15, 2012 until February 29, 2012. The Section 8 Waiting List is the only opportunity for very low-income families, seniors, disabled persons, and individuals to obtain a Section 8 Housing Choice Voucher. Due to the limited number of vouchers and the large number of people that applied, the last time OCHA’s Waiting List was last opened was November 2005. The February 2012 Waiting List opening may be the only opportunity for Orange County residents to apply for many years to come. The Housing Choice Voucher Program is funded by the U.S. Department of Housing and Urban Development and enables OCHA to subsidize monthly rent payments for qualified applicants who live or work in 31 cities in Orange County. The Cities of Anaheim, Garden Grove, and Santa Ana operate their own housing authorities and have separate waiting lists for their residents. END_OF_DOCUMENT_TOKEN_TO_BE_REPLACED