The Santa Ana Public Library and the Santa Ana Unified School District have partnered to provide a Student Success Library Card to all SAUSD students.

Students can now check out up to five books at a time from the Main Library or Newhope Library. Students have access to SAPL online databases, e-books, e-audiobooks, video streaming, and e-magazines. Additionally, students can check out DVDs and CDs.

These Student Success Library Cards will not incur overdue fees, will have a grace allowance of up to five lost or damaged books, and will not expire until the student graduates from high school or turns 19 years of age.

More information on how to use the accounts is available on the Library’s website: https://www.santa-ana.org/library/get-library-card/student-success-library-card. 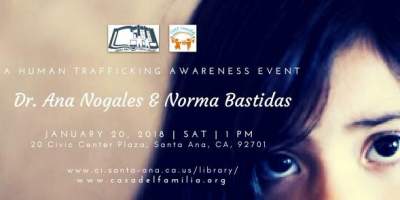 The graffiti paint out day will begin at the Public Works booth and will proceed to Sasscer Park and throughout the surrounding neighborhood. END_OF_DOCUMENT_TOKEN_TO_BE_REPLACED

SANTA ANA, CA (February 15, 2013) – The Institute of Museum and Library Services announced yesterday that the Santa Ana Public Library is a finalist for the National Medal for Museum and Library Service. The National Medal is the nation’s highest honor conferred on museums and libraries for service to the community and celebrates institutions that make a difference for individuals, families, and communities. Medal finalists are selected from nationwide nominations of institutions that demonstrate innovative approaches to public service, exceeding the expected levels of community outreach. END_OF_DOCUMENT_TOKEN_TO_BE_REPLACED 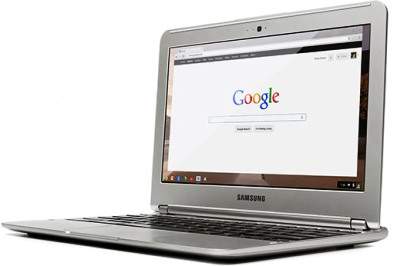 SANTA ANA, CA (January 18, 2013) – In an effort to provide additional service to the community, the Santa Ana Public Library has installed new computers for public use at the library’s main branch. This month, an additional 10 Google Chromebooks have been added to the 58 computers already available for patrons. Anyone with a Santa Ana library card can use a public computer at no charge for Internet access, word processing, job searching, or schoolwork. The additional Chromebooks will permit the library to reserve two workstations for the use of patrons without library cards. END_OF_DOCUMENT_TOKEN_TO_BE_REPLACED 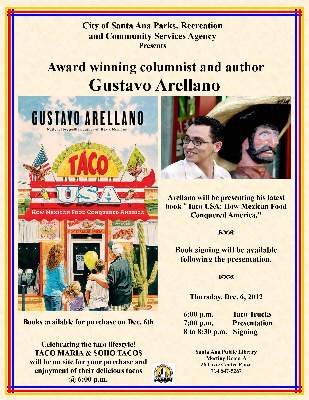 Arellano is the editor of the OC Weekly and writes the nationally syndicated column ¡Ask a Mexican!, which has a circulation of more than two million in thirty-eight markets (and counting). He has received the President’s Award from the Los Angeles Press Club, an Impact Award from the National Hispanic Media Coalition, and a 2008 Latino Spirit Award from the California State legislature. Arellano has appeared on the Today show, Nightline, NPR’s Talk of the Nation and The Colbert Report. Arellano is the author of two previous national bestseller books, ¡Ask a Mexican! and Orange County: A Personal History. END_OF_DOCUMENT_TOKEN_TO_BE_REPLACED 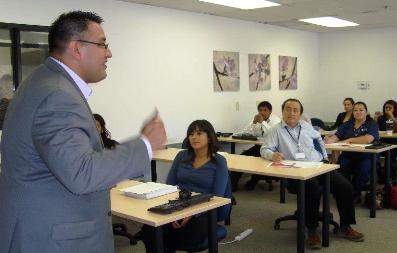 Santa Ana, CA – September 28, 2012 – Career College of California seems to be doing something right since over 80% of their graduates are landing jobs in their fields of training. But with the unemployment rate still sky-high in Orange County they have decided to make some of their proprietary career services training available to local residents free of charge. They have partnered with some of the best and well respected local organizations including Kidworks, Working Wardrobes, Orange County Therapeutic Arts Center, Santa Ana Work Center, U.S. Marines and most recently Santa Ana Public Library to offer a series of career focused workshops. END_OF_DOCUMENT_TOKEN_TO_BE_REPLACED

SANTA ANA, CA (July 20,2012) – During the month of July, the Santa Ana Public Library will be showing three movies. On Monday, July 23, 2012, the documentary, “Los Que Se Quedan” (Those Who Remain) will be shown. This film, by Juan Carlos Rulfo and Carlos Hagerman, documents the families of those who have crossed the border to the United States in search of better opportunities. It explores the memories and identities of those who remain behind and continue to wait for their absent family members. Parents are strongly advised that this is a PG-13 documentary and is not suitable for small children. END_OF_DOCUMENT_TOKEN_TO_BE_REPLACED 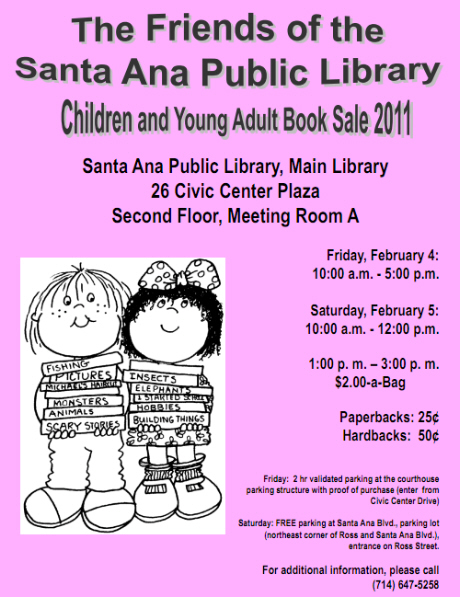 You can get two hours of validated parking on Friday, at the Courthouse parking structure, with proof of purchase.  Enter the lot from Civic Center Drive.

Parking is free on Saturday at the parking lot at Santa Ana Bl., northeast of Ross and Santa Ana Bl.  The entrance is on Ross St.

Please refer to the attached  Engflyer or   Spanflyer for additional information, or call 714-647-5258. 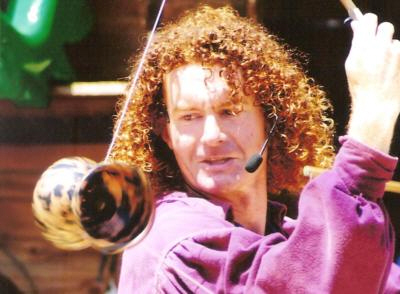 The Christopher Yates Variety Show is coming to the Santa Ana Public Libraries this week, starting tonight at the Main Library.

Join us for an entertaining evening with Christopher Yates as he presents his medieval variety show.

Christopher Yates is a graduate of the Wellington Performing Arts School, New Zealand, he has been performing professionally since 1991. Christopher has performed on five continents in three different languages. He performs a diverse range of shows. He has specialized in creating unique multi-disciplined performances and characters which can be tailored to suit any theme or event (from theatre to family carnival to corporate).

He has appeared on a host of stages in a multitude of venues for clients as diverse as The President of Venezuela to BBC studios and for the San Francisco 49ers football team. Originally from New Zealand, Christopher returns to the United States from an Australian tour that included entertaining at the Lord Mayor’s New Years Eve Party at the Sydney Opera House as well as a highly successful tour of the United Kingdom and Venezuela.

Christopher offers everything! Whether it’s storytelling, juggling, comedy, roving on stilts, medieval, pirates and more, Christopher works the crowds like no other. No matter what the age, he wins everyone’s hearts. And with commanding presence on stage he is one of the few entertainers who thinks on his feet and has both the talent and experience to alter his entertainment to fit the crowd’s changing mood. 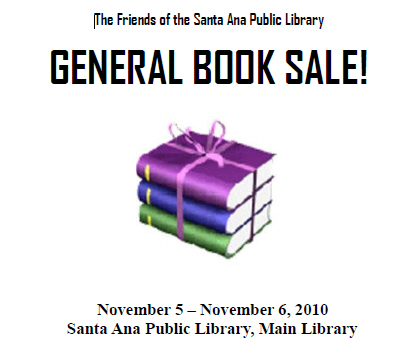 All items at bargain prices! 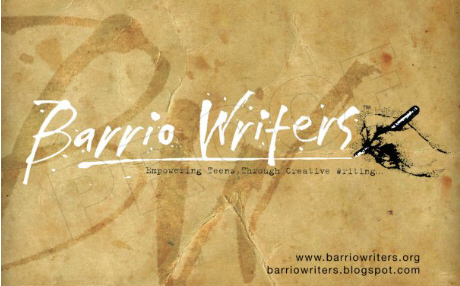 Barrio Writers has grown in the last year, in Summer 2010 they branched out to additional locations.  They hosted their 10-week program at El Centro Cultural de Mexico and the Santa Ana Public Library.  They also ran 1-week intensive programs at Newhope Library and the East Street Community Renewal Initiative (ESCRI) in Anaheim.

Their 2nd Annual Barrio Writers Live Reading Festival will unite all writers to present their words to our community.  They share their stories with great pride, it is up to us to listen to them. The 2nd Edition Barrio Writers book will include their works, it will be released Spring 2011.

Feel free to invite your friends and families to the event this Saturday.  Your presence will continue to help us empower our youth, new writers and young leaders of our communities. 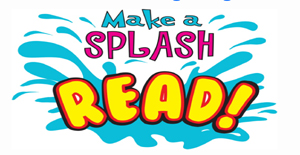 Be sure to check out the Santa Ana Public Library’s Children’s Summer Reading Program, for Babies — 5th grade students and their parents, from June 25 — August 7, 2010.  Sign up at the Youth Services’ Desk.

The Santa Ana Public Library also has a Tween Summer Reading Program for 6th — 8th grade students and their parents, from June 25 — August 7, 2010.  Sign up at the Youth Services’ Desk.

The Friends of the Santa Ana Public Library and the members of Liberty House will be hosting a 4th of July celebration on Saturday, July 3rd, 2010 from 10 am to 3 pm at Civic Center Plaza.

The event is free and everyone is welcome!

See the attached flyers in English and Spanish. 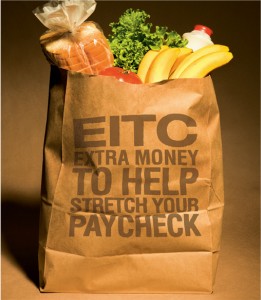 Free Tax Preparation for people earning less than $50,000, on March 13, at the Boys and Girls Club in Santa Ana.

Do you qualify for the Earned Income Tax Credit (EITC)? The City of Santa Ana encourages you to find out! The EITC can provide a refund of up to $5,657 and is one of the largest federal credits available to low and moderate income workers. The American Recovery and Reinvestment Act (ARRA) provides a temporary increase in the EITC for taxpayers with three or more qualifying children this year. In addition, it also increases the beginning point for the credit for all married couples filing a joint return, regardless of the number of children.

To take advantage of free tax preparation assistance, please call (888) 434-8248 (English) or (866) 921-3890 (Spanish) to schedule an appointment for free tax preparation assistance. In addition, the I-CAN! ™ E-File computer module at www.icanefile.org will help you do your taxes for free in English, Spanish, or Vietnamese and is available to residents from any computer with internet access. Visit www.santa-ana.org/eitc to learn more about how easy it is to file your taxes and claim your eligible tax credits today! Refer to the attached flier for additional information. END_OF_DOCUMENT_TOKEN_TO_BE_REPLACED