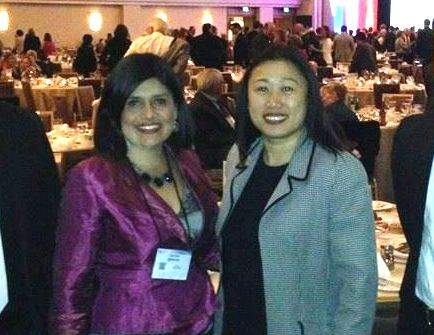 Tinajero won his first election in Ward 6 back in November of 2o06, when his main opponent was Jennifer Villasenor.  She had Mayor Miguel Pulido’s support.  Tinajero was hammered via direct mail for weeks and he actually ran out of campaign money.  However Villasenor was undone by the presence of George Collins on the ballot.  Collins ended up with over five thousand votes and Tinajero squeeked past Villasenor by 880 votes, according to Smart Voter.

Tinajero dodged a bullet in 2010 when he defended his seat.  Thomas Gordon, a member of the OC GOP Central Committee, was unable to collect enough nomination signatures.  Two other candidates, Nam Phan and Helen Martinez appeared lost during the election.  Tinajero won with over 53% of the vote, according to Smart Voter.

Iglesias was the top vote-getter when she ran for the SAUSD School Board last year, edging out two incumbents – Rob Richardson and Jose Hernandez.  She got over 18,000 votes according to Smart Voter.

Iglesias gathered over 10,000 nomination signatures when she ran against Congresswoman Loretta Sanchez, in 2010, as an independent.  Iglesias ended up with over 7,000 votes in the general election and Republican Van Tran got over 37,000 votes, according to Smart Voter.

Iglesias currently works for State Senator Mimi Walters, a Republican.  Iglesias has become a huge part of the OC GOP’s ongoing effort to try to garner Latino votes despite years of opposing immigration.  I believe that Iglesias can easily raise over $100K from her GOP contacts.  She might well be their best hope now that Carlos Bustamante, the last Republican on the Santa Ana City Council, has seen his life destroyed after being fired by the County of Orange and facing numerous felony allegations for harassment.

The negative for Iglesias is that she will no doubt be expected to campaign for Supervisor Janet Nguyen, who is running for Lou Correa’s 34th State Senate District.  Nguyen is being investigated by the FBI and the FPPC for alleged campaign finance violations.  She will no doubt hurt Iglesias at the ballot box. 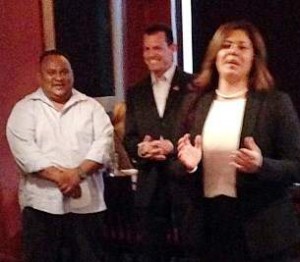 Tinajero, Martinez and Benavides are all up for re-election in 2014

Tinajero, on the other hand, damaged himself politically last year when he allied with his colleague, David Benavides, who unsuccessfully challenged Pulido.  The Council majority has since fired the former City Manager, Paul Walters, and overspent on a new City Manager.

Iglesias immigrated with her family to the United States and to Santa Ana three decades ago. The youngest of three children, she was born in Usulután, El Salvador and raised by her grandmother, aunts and uncles until the age of seven. In 1979, her mother brought her, along with her brother and sister, to live in the United States. She arrived in Santa Ana in November 1979 and has lived in this community since, according to her SAUSD bio.

Born and raised in Santa Ana, Sal Tinajero is a product of the Santa Ana Unified School District and also attended Orange Coast College.  A scholarship to Bradley University in Illinois resulted in a Bachelor’s degree in Communications.  In addition, Sal holds a Master’s in Cross Cultural Education from the National University.  Dedicated to education, Sal was named the 2006 National Hispanic Teacher of the Year for his exceptional achievements as a history, speech and debate teacher at Fullerton Union High School and was invited to the White House by first lady Laura Bush.   In 2000, he served as a Governing Board Member of the Santa Ana Unified School District and was re-elected in 2004, according to Tinajero’s official city bio.