Responding to customer requests for more weekend hours, the Orange County Clerk-Recorder Department will open on Saturday, July 27, from 10 a.m. to 3 p.m. at offices in Santa Ana, Fullerton and Laguna Hills. END_OF_DOCUMENT_TOKEN_TO_BE_REPLACED

There were 25 new crimes reported in Santa Ana on Wednesday, July 24, 2013, according to our friends at CrimeMapping, including a shooting at an occuped residence. 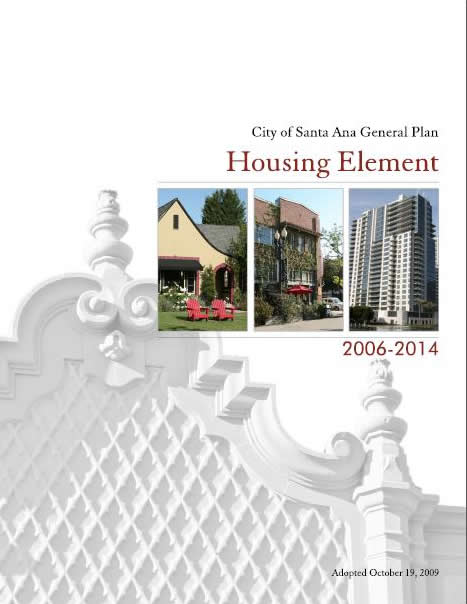 SANTA ANA, CA (July 24, 2013) – The General Plan contains the City’s values and vision for its future. The Housing Element of the General Plan communicates goals, policies and programs to address Santa Ana’s local and regional housing needs and a sustainable quality of life. END_OF_DOCUMENT_TOKEN_TO_BE_REPLACED SANTA ANA – A parolee was convicted yesterday on charges of sexually assaulting a 4-year-old female relative while he was babysitting her and solely responsible for her care. Gordon Ray Bodkin, 47, Huntington Beach, was found guilty July 23, 2013, by a jury of one felony count of unlawful sexual intercourse with a child under 10, and one felony count of sexual penetration of a child under 10. He has a prior strike conviction for residential burglary in 2009. He faces a maximum sentence of 55 years to life in state prison and mandatory lifetime sex offender registration at his sentencing Aug. 30, 2013, at 10:45 a.m. in Department C-39, Central Justice Center, Santa Ana. END_OF_DOCUMENT_TOKEN_TO_BE_REPLACED

ORANGE – The connector from the southbound San Diego Freeway (I-405) to the eastbound Garden Grove Freeway (SR-22) will be closed beginning at 10 p.m. Friday, July 26 continuing through 5 a.m. Monday, July 29. END_OF_DOCUMENT_TOKEN_TO_BE_REPLACED Rancho Santa Margarita, Calif. – July 24, 2013 – Family has always been the most important part of Graciela Pulido’s life. The Columbian-born mother of two values every minute spent with her loved ones and extends considerable kindness to everyone fortunate enough to be part of her family. However, the Rancho Santa Margarita resident’s family circle goes far beyond her blood relatives and encompasses the many special seniors she cares for at Rancho Santa Margarita’s Park Terrace senior living facility. END_OF_DOCUMENT_TOKEN_TO_BE_REPLACED

SANTA ANA, California – (July 24, 2013) – Leonardo Pimentel-Sanchez, a fugitive who eluded law
enforcement for more than 20 years, was returned to Orange County on Tuesday, July 23, from Mexico City
where he had been held since his arrest in Tijuana on November 16, 2012.

Pimentel-Sanchez is a suspect in the murder of Cari Ann Parnes who was discovered deceased in an
orange grove in Irvine on March 26, 1992. Parnes’ cause of death was attributed to a skull fracture due to
blunt force trauma to the head. END_OF_DOCUMENT_TOKEN_TO_BE_REPLACED

TRABUCO CANYON, California – (July 23, 2013) – On Wednesday, July 17 at approximately 8:15 p.m., members of the Orange County Sheriff’s Department Special Victims Detail arrested Michael Clair Glines, 52, of Trabuco Canyon for lewd and lascivious acts upon children under the age of ten. He is currently in custody at the Orange County Jail with bail set at $1,000,000. Glines has a criminal history which includes an arrest for possession of drugs and drunk driving. END_OF_DOCUMENT_TOKEN_TO_BE_REPLACED SANTA ANA, CA (July 24, 2013) – Shakespeare returns to Santa Ana. Enjoy an experience like no other, in the company of family and friends for an evening of classic theater at the park. The City of Santa Ana proudly hosts Shakespeare by the Sea, a non-profit professional acting troop with their presentation of All’s Well that Ends Well. This special performance will take place on Thursday, August 1 at Birch Park. Admission is free and the event will begin at 7 pm. END_OF_DOCUMENT_TOKEN_TO_BE_REPLACED There were 18 new crimes committed in Santa Ana on Tuesday, July 23, 2013, according to our friends at CrimeMapping.  These included four burglaries – three of them commercial.

Come to Downtown Santa Ana for the LOVEMOB this Saturday 10 am-3 pm, in the Artists Village. Shop, Enjoy, Meet, Have fun, See the Beauty of the great city of SA.

It’s simple we just want to infuse the city with love by purchasing food and the goods from the merchants in downtown Santa Ana. It’s about sharing the love! Come join us. END_OF_DOCUMENT_TOKEN_TO_BE_REPLACED

Five local Orange County High School Juniors and recent High School graduates have been chosen to take part in the 2013 Bank of America Student Leaders Program. Bank of America created its Student Leaders Program in 2004; a program that offers our nation’s high school students an opportunity to participate in a leadership program at their local community nonprofit. This year, all five students from Orange County will be interning at the Second Harvest Food Bank. Located below are this year’s Orange County recipients. WASHINGTON, D.C. – Representative Loretta Sanchez (CA-46) today spoke at a press conference calling on the Vietnamese President, Mr. Truong Tan Sang, to halt human rights abuses ahead of his meeting with President Obama. Below are her remarks as prepared for delivery. END_OF_DOCUMENT_TOKEN_TO_BE_REPLACED