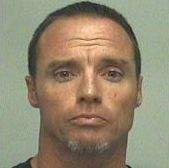 SANTA ANA – A parolee was convicted yesterday on charges of sexually assaulting a 4-year-old female relative while he was babysitting her and solely responsible for her care. Gordon Ray Bodkin, 47, Huntington Beach, was found guilty July 23, 2013, by a jury of one felony count of unlawful sexual intercourse with a child under 10, and one felony count of sexual penetration of a child under 10. He has a prior strike conviction for residential burglary in 2009. He faces a maximum sentence of 55 years to life in state prison and mandatory lifetime sex offender registration at his sentencing Aug. 30, 2013, at 10:45 a.m. in Department C-39, Central Justice Center, Santa Ana.