SANTA ANA, Ca. (July 14, 2020) –At approximately 7:40 a.m. today, an inmate housed at the Intake Release Center in Santa Ana was pronounced deceased. The inmate, a 63-year old man, was found unresponsive in his cell during a morning count. Deputies rendered medical aid and called paramedics. The inmate was pronounced deceased by the Orange County Fire Authority at the jail.

The inmate was booked into custody by Santa Ana Police Department on July 3, 2020 for criminal threats and a parole violation.

Preliminary, there are no suspicious circumstances. At the time of his death, the decedent was housed in a single-man cell in a medical area, and was not exhibiting symptoms of COVID-19.

OCFA fire engine units were dispatched to the traffic collision. Upon arrival, the units found a 2-vehicle collision with 3 patients: 1 trapped. END_OF_DOCUMENT_TOKEN_TO_BE_REPLACED 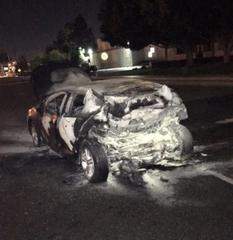 An Irvine Police Officer was in the immediate area and assisted by checking on the involved parties of both vehicles. He, along with other good Samaritans, were able to remove four occupants from an involved vehicle before it burst into flames. END_OF_DOCUMENT_TOKEN_TO_BE_REPLACED

On Sunday, June 22, 2018 at approximately 1:30 am, the Orange County Fire Authority (OCFA) received a 911 call from a Santa Ana resident reporting a female had fallen from a skateboard and was down in the roadway in the 2400 block of N. Spruce Street. The female was reportedly unconscious but breathing. Upon their arrival, OCFA personnel briefly treated the female at the scene before she was transported by CARE Ambulance to UCI Medical Center for treatment. END_OF_DOCUMENT_TOKEN_TO_BE_REPLACED

The firemen extinguished the car, which was burning in the driveway of a home. While firefighters were in the process of putting out the fire, they found a body inside the vehicle, according to ABC News. END_OF_DOCUMENT_TOKEN_TO_BE_REPLACED

The responding police officers located an adult male subject on the sidewalk under the 5 Freeway overpass. He was found to be deceased. The police officers then located a dark blue BMW that was stopped along the curb at Newport and the southbound 5 Freeway exit. The driver of that vehicle spoke with the police officers and he was subsequently transported to a local area hospital for treatment of unknown injuries. END_OF_DOCUMENT_TOKEN_TO_BE_REPLACED

A second teenager, Jason Anguiano, 17, of Santa Ana, has died following a car accident that occurred in Tustin last Friday, according to the Orange County Sheriff-Coroner. He died on Sunday evening at the Orange County Global Medical Center in Santa Ana. END_OF_DOCUMENT_TOKEN_TO_BE_REPLACED 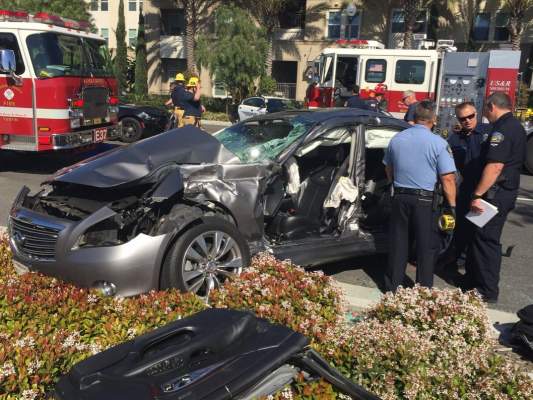 The collision happened at the 16000 block of Legacy. The OCFA firefighters who responded to the scene used the jaws of life to extricate the victims.  END_OF_DOCUMENT_TOKEN_TO_BE_REPLACED 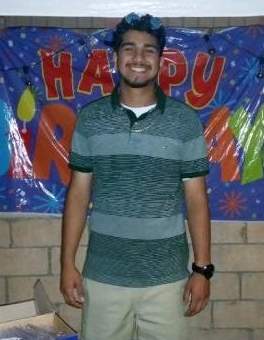 Arreguin was driving an unidentified vehicle eastbound on Santa Clara Ave., from Heliotrope Ave., at about 2:40 a.m. when his vehicle left the roadway and ran into a tree located on the south side of the 600 block of W. Santa Clara Ave., according to the SAPD. END_OF_DOCUMENT_TOKEN_TO_BE_REPLACED

Apparently SAPD gang detail detectives either made a car stop in an alley or encountered a car in an alley with two occupants. For some reason the passenger from the car, Salgado, allegedly took off on foot through the neighborhood, and the police officers chased him on foot. Then for some unknown reason he was shot and killed by one of the SAPD police officers, according to the O.C. Register. END_OF_DOCUMENT_TOKEN_TO_BE_REPLACED

Synopsis: On 07/10/16 at 12:19 AM, officers responded to a vehicle vs. multi pedestrian, hit and run collision on Hazard Ave. west of Harbor Blvd. Upon arrival, the officers located the victims lying in the street on Hazard Ave. Statements obtained indicated the three pedestrians were standing in the two way turn lane on Hazard Ave. when a dark colored SUV, driven by a male Hispanic, drove eastbound in the two way turn lane and struck the pedestrians. Two of the pedestrians sustained critical injuries from the collision and one died as a result of the collision. The driver failed to stop and continued eastbound on Hazard Ave. then southbound on Harbor Blvd. END_OF_DOCUMENT_TOKEN_TO_BE_REPLACED

Yet another unfortunate Santa Ana pedestrian died on Friday night after being struck by a vehicle at 500 E. 1st Street, at Maple Street, in Santa Ana at about 9:15 p.m., according to the O.C. Register.

The unidentified pedestrian, who was only identified as a male, by the O.C. Coroner, was struck and killed by a vehicle described as a minivan. END_OF_DOCUMENT_TOKEN_TO_BE_REPLACED

The accident happened at the intersection of Harbor Blvd. and Westminster Ave. Police received a call on Sunday at 9:24 a.m. and when they arrived at the scene they found the victim lying on the ground. END_OF_DOCUMENT_TOKEN_TO_BE_REPLACED

An unidentified 23-year-old woman from Santa Ana died after she was thrown from a late-night collision on the I-5 freeway when a driver rear ended a big rig, according to the O.C. Register.

Steven Heemstra, 24 of Irvine, was driving a gray 2013 Honda Civic at around 11:30 p.m. on the southbound I-5, south of First Street, when he crashed into the back of Idolina Romo’s big rig truck, according to the CHP.

The CHP did not report why Heemstra rear-ended the truck. END_OF_DOCUMENT_TOKEN_TO_BE_REPLACED