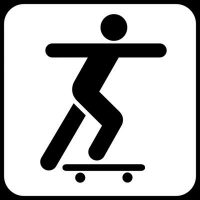 On Sunday, June 22, 2018 at approximately 1:30 am, the Orange County Fire Authority (OCFA) received a 911 call from a Santa Ana resident reporting a female had fallen from a skateboard and was down in the roadway in the 2400 block of N. Spruce Street. The female was reportedly unconscious but breathing. Upon their arrival, OCFA personnel briefly treated the female at the scene before she was transported by CARE Ambulance to UCI Medical Center for treatment.

The preliminary investigation has revealed from physical evidence and witness statements that the victim, who was on a skateboard, was being pulled by a vehicle. At some point while being pulled, she either let go or became separated from the vehicle and fell to the ground resulting in major injuries. The motorist who was operating the vehicle was contacted at the scene and is cooperating with the investigation. Alcohol is believed to be involved in this collision.

Anyone having information about this collision is asked to contact Santa Ana Police Department, Collision Investigations Unit at (714) 245-8200.