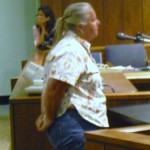 Santa Ana’s Usual Suspects are seeking a court order to block the city from removing the pre-leasing requirement for the One Broadway Plaza (OBP) project, if the city doesn’t reconsider or put it to another public vote, according to the O.C. Register.

The Santa Ana City Attorney already told these folks that the City Council has the legal right to change the developer agreement, but that isn’t good enough for them.  Now they will force the City of Santa Ana to waste tax money in court fighting them.

This same bunch already sued to stop the Santa Ana Transit Zone project, which includes affordable housing.  They appear to be opposed to all new development.

This project will result in almost three thousand jobs – and thanks to Santa Ana Mayor Pro Tem the developer is going to have to ensure that as much as possible the jobs go to local residents.

In related news, one of the Usual Suspects who is opposing OBP, Thomas Gordon, failed to qualify for the November ballot, in his bid for Ward 6 on the Santa Ana City Council.  That won’t make his number one backer, Usual Suspect Debbie McEwen, very happy.  She was all set to host a coffee for Gordon’s now-dead campaign.

Incidentally, Mayoral candidate Alfredo Amezcua showed up to the Santa Ana City Council meeting when the amendments to the OBP developer agreement were discussed.  He validated his parking stub and left without comment.  His backers are known to be part of the Usual Suspect coalition that is opposing OBP.

The anti-OBP coalition is also full of busy bodies from the Santa Ana Neighborhood Associations.  The City of Santa Ana really needs to pull their funding.

The voters already voted to pass Measure A, approving OBP.  Why these people keep fighting the project is a real mystery.  I guess they don’t want local workers to get back to work.

« OCYD meeting in Santa Ana, this Thursday at 7 pm
Why did the SAUSD remodel their headquarters while laying off teachers and classified staff? »