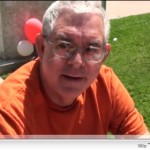 « Will Vietnamese voters determine the next Mayor of Santa Ana?
Without Spanish and Mexican aid to the Patriots, there would be no 4th of July »