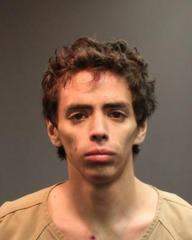 SANTA ANA, Calif. – A father is scheduled to be arraigned today for murdering his infant boy and committing lewd acts on a 14-year-old girl. Jordan Peter Mendez, 20, Santa Ana, is charged with one felony count of murder and one felony count of committing lewd acts upon a child under the age of 14. If convicted, Mendez faces a maximum sentence of 33 years to life in state prison. Mendez is currently being held on $ 1 million bail and is scheduled to be arraigned this afternoon in Department CJ-1, Central Jail, Santa Ana.

At approximately 8:45 p.m., officers from the Santa Ana Police Department (SAPD) responded to a 911 call at Jane Doe’s residence. The infant was found not breathing in the home and SAPD officers and Orange County Fire Authority paramedics performed CPR on John Doe. The infant was subsequently taken to the Children’s Hospital of Orange County, and displayed signs of blunt force trauma to the head. The infant died yesterday, July 20, 2015.

SAPD investigated this case and arrested the defendant.