So much drama when there is a darn good chance that the interim city manager  Scratch that.  Apparently former Buena Park/Stanton City Manager Kevin O’Rourke might become Santa Ana’s highest paid temp, I mean interim City Manager.  He currently works as a consultant who specializes in figuring out how to pay for retired public employees’ pensions, according to this link.  He was previously an interim City Manager in now bankrupt Stockton.

The Voice of OC also reported that “Over the coming weeks Santa Ana residents will have an opportunity for formulating a citywide vision for tackling these tough issues. City officials will be holding strategic planning meetings with the community for the first time in recent memory. Martinez also publicly pledged on Monday that the city would involve residents in its search for a permanent city manager.” 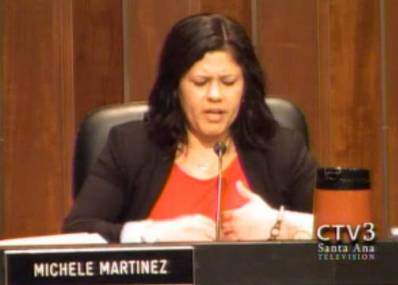 Shouldn’t the City Council and their staff be doing the strategic planning?  That is what we elected these people to do.  But Martinez says that the residents will be involved in the search for a new city manager – does that mean that the Council wants to be able to blame the residents when their schemes inevitably backfire?

Are these people so completely lacking in vision that they want to outsource their own jobs to us?  If so why don’t they just admit that and resign so more capable residents can take their places?

Trust me – this is not how most cities are run.  Just look at what our neighbors in Tustin just did.  According to the O.C. Register, “Tustin employees and council members gathered this month in the Tustin Library to contemplate the city’s future. Department leaders asked council members for their feedback on changes to city programs and staffing during the workshop.”

You see folks, that is how it is done.  The elected Council members work with the city staff to come up with solutions and strategies.  This collaborative B.S. that Martinez is slinging is not business as usual in most Orange County cities.

Remember that these very Council members, with the exception of the two new ones – Amezcua and Reyna, sat on their hands, since 2006, and allowed former City Manager Dave Ream to wreck our city’s finances.  Then they blamed Paul Walters, firing him as City Manager, even though he saved our city last year by producing a budget that the Council, on their own, would never have conceived.

So now they want us to tell them who to hire to replace Walters?  Are you kidding me?  What are we paying this lazy lot for?