Why did Santa Ana’s education unions reject every woman running for the School Board? 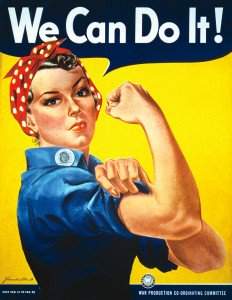 But what about the other women who are running for the SAUSD School Board?

How in the world did Mendoza and Alvarado not merit at least a polite conversation with the heads of the Santa Ana Educators Association (SAEA) and the California School Employees Association (CSEA) Chapter 41? Do the local education unions have something against women? Or perhaps against moms?

Currently the SAUSD School Board has five Trustees and only two of them are women. Iglesias is one of them. The other is Valerie Amezcua, who has endorsed both Mendoza and Alvarado. All three of them are registered members of the Democratic Party.

So are women equal now in Santa Ana? Nope. Not when the education unions won’t even give them the time of day. To make matters even worse both the Santa Ana Educators Association (SAEA) and the California School Employees Association (CSEA) Chapter 41 endorsed Mark McLoughlin, who as we revealed today in an earlier post was forced to change his ballot title because he tried to pull a fast one by pretending to be a teacher. He also has a well-earned reputation for not liking the majority of Santa Ana’s residents.

It is a sad day when the local education unions would rather endorse a liar who has issues with most of our residents instead of even considering the qualified women who are running for the SAUSD School Board.

8 thoughts on “Why did Santa Ana’s education unions reject every woman running for the School Board?”