But what about the other women who are running for the SAUSD School Board? END_OF_DOCUMENT_TOKEN_TO_BE_REPLACED

The date was selected to commemorate the 1920 certification of the 19th Amendment to the Constitution, granting women the right to vote. This was the culmination of a massive, peaceful civil rights movement by women that had its formal beginnings in 1848 at the world’s first women’s rights convention, in Seneca Falls, New York. END_OF_DOCUMENT_TOKEN_TO_BE_REPLACED 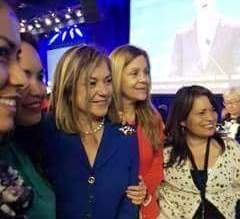 “On the 95th anniversary of the 19th amendment we reflect on the women whose dedication and vision shaped our history for the better but recommit ourselves to ending the inequality women still face in the workplace and the military and attacks on women’s health. END_OF_DOCUMENT_TOKEN_TO_BE_REPLACED