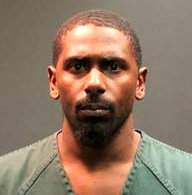 The case involved Moore and three (3) females between the ages of 14 and 22. Two of the sexual assaults occurred in 2010 and one in 2013. The crimes occurred in Santa Ana and Garden Grove.

In 2010, Moore is alleged to have forcibly entered the residence of an acquaintance and then sexually assaulting a sleeping 14 year old female.

In 2010, Moore is alleged to have to taken a 17 year old female acquaintance to a residence where he engaged in unlawful sexual acts with her.

Moore faces a possible life sentence with the possibility of parole. He is currently being held in the Orange County Jail with bail set at $1 million dollars.

At this time, we do not have any reason to believe there are additional victims; however, anyone who has information or believes they might also be a victim should call the Santa Ana Police Department Special Crimes Section detectives at (714) 245-8412.
For full details, view this message on the web.