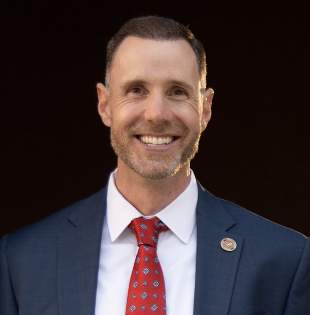 ORANGE – Today, Marine combat veteran and former military prosecutor, Special Assistant United States Attorney, and Deputy District Attorney, Pete Hardin, announced that his campaign for Orange County District Attorney had raised over $640,000 since the campaign launched in March. The campaign has received contributions from over 2,000 individual contributors and the majority of contributions are under $100. Pete Hardin is a first time candidate facing a 25-year politician in incumbent DA, Todd Spitzer.

“The outpouring of support reflects a community that wants safety, justice, and integrity,” said former Marine Judge Advocate Pete Hardin. “Our message of a modern system of justice that’s based on data and social science instead of hyperbole is resonating with voters, but we are shattering records because Todd Spitzer has shattered the public’s trust. He spends his time going on ultra-conservative talk shows to critique prosecutors in other counties while crime and homelessness continue to rise here in OC. He is distracted, he has dropped the ball, and it’s time to end the sideshow that defines his time in office.”

Since Todd Spitzer took office, violent crime has spiked, homelessness has skyrocketed more than 40%, and hate crimes against the AAPI community have jumped more than 1800%. Furthermore, Spitzer faces at least five lawsuits for turning a blind eye to rampant sexual harassment in his office, including one lawsuit alleging he knowingly promoted a perpetrator of sexual harassment to a senior staff position. Election Day is June 7.