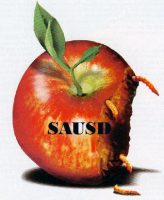 « The SAUSD School Choice Fair is set for Jan. 26 at the MainPlace Mall
Santa Ana man facing charges after allegedly threatening the victims of a mass shooting in Florida »