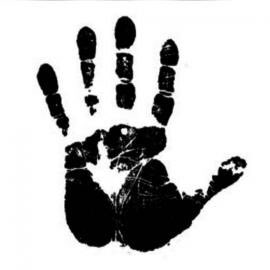 The indictment includes charges of conspiring to violate the Racketeer Influenced and Corrupt Organizations (RICO) Act; committing violent crimes in aid of racketeering (VICAR), including murder and attempted murder; conspiring to traffic narcotics; distributing, and possessing with the intent to distribute, methamphetamine and heroin; using a firearm to cause a death; and other firearm charges.

“The violence, drug-dealing and other criminal acts being committed in our communities by gangsters associated with the Mexican Mafia is being met with the strongest possible response by law enforcement,” said United States Attorney Tracy L. Wilkison. “We will continue to investigate, arrest and prosecute these individuals to the fullest extent of the law to restore a sense of safety to so many neighborhoods that have felt the impact of their destructive conduct.”

“The Mexican Mafia allegedly preyed on vulnerable communities through fear, violence, and intimidation,” said Assistant Attorney General Kenneth A. Polite, Jr. of the Justice Department’s Criminal Division. “This indictment sends a clear message that the Criminal Division, and our federal, state, and local partners, remain committed to protecting all of our communities from violence and exploitation.”

The indictment alleges that the Mexican Mafia, also known as La Eme, was comprised mostly of senior members of Latino street gangs who came together to control and profit from the activities of other Latino gangs operating in Southern California and within the California penal system. It is alleged that the Mexican Mafia members divided control of various areas in Southern California, with the member in control of a specific area controlling the criminal activities in that territory and receiving “taxes” paid by gangs to allow them to deal drugs in that area.

“Cases targeting criminal enterprises like the Mexican Mafia require close collaboration with our local and federal partners and employ a variety of sophisticated techniques to overcome their evasive tactics,” said Kristi K. Johnson, the Assistant Director in Charge of the FBI’s Los Angeles Field Office. “The Mexican Mafia in Orange County controls the majority of local gangs and rules by threatening violence and exacting violence on their enemies or against their own members who don’t follow strict rules. This indictment is the latest in our continuing joint efforts to target gangs and drug networks that fuel the violence in our communities.”

The indictment alleges that in or around 2016, and continuing to at least in or around April 2022, defendants Johnny Martinez, Robert Aguirre, and Dennis Ortiz were the OC Mexican Mafia members in charge of criminal activities in Orange County and within Orange County jail and prison facilities. Defendants Omar Mejia, Miguel Jose Alvarado, Luis Heriberto Vasquez, Michael Cooper, and Abraham Guajardo held positions of shot-callers or mouthpieces for Martinez, Aguirre, and Ortiz. Defendant Robert Martinez held a position of authority within the Orange County Jail as Johnny Martinez’s representative. Defendant Brenda Vanessa Campos Martinez served as a secretary for Johnny Martinez, and defendant Danielle Canales served in a similar capacity for Johnny Martinez and Cooper. The violent crimes alleged against the OC Mexican Mafia include:

“The Santa Ana Police Department is committed to working alongside local, state, and federal law enforcement partners to ensure that violent, career criminals are incarcerated and are brought to justice,” said Santa Ana Police Chief David Valentin. “Today’s operation was a result of years of dedicated investigation into some of the most dangerous gang members that plague our communities.”

Today’s arrests are the culmination of a multi-year investigation that IRS-CI is proud to be a part of”, said IRS Criminal Investigation Special Agent in Charge Ryan L. Korner. “The subjects of this investigation engaged is some of the most horrific acts imaginable, and we are glad to have done our part to help end their corrupt influence over our community.”

Out of the 31 defendants charged in the indictment, 21 were already in custody, and nine were arrested last night and this morning. Those arrested today are expected to be arraigned this afternoon in United States District Court in Santa Ana, and those already in custody will make initial appearances once each defendant is in federal custody.

An indictment is merely an allegation, and all defendants are presumed innocent until proven guilty beyond a reasonable doubt in a court of law.