The State of California has punked Santa Ana’s NIMBYs 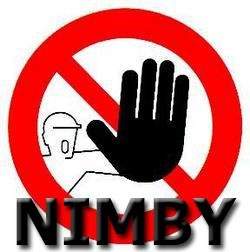 Bad news for Santa Ana’s NIMBYs. The California State Assembly has passed a new law, A.B. 2011, that will make it far easier for developers to build new housing – and this means that the proposed apartment project at 2525 N. Main St. is back. This time the NIMBYs won’t be able to stop it!

AB 2011 will allow multifamily housing developments on commercially zoned property California Environmental Quality Act and these project will be CEQA-exempt. These projects will need to include about 15% affordable housing units and pay prevailing wages to the construction workers.

2525 N. Main St. is zoned for offices but it is in a commercial area. That makes it eligible for the streamlined approval process presented by AB 2011.

The NIMBYs in the Park Santiago Neighborhood who originally scuttled the apartment project at 2525 opposed it when the project included about 256 apartments. When the project developer then tried to sell the property to a townhome developer the NIMBYs stopped that project too even though they had initially supported it. Guess what? Now the project will be able to include as many as 397 apartments. And the developer won’t have to provide as much parking as he was going to provide in his initial project.

The head of the Park Santiago NIMBYs, Dale Helvig, has painted his neighbors into a corner and now the State of California will prevent them from stopping the apartment development at 2525 N. Main St. Even worse for them the project will now be almost double the units that were originally proposed.

We desperately need more housing in California. The State of California has finally taken action to stop the NIMBYs from blocking every housing development that comes along.