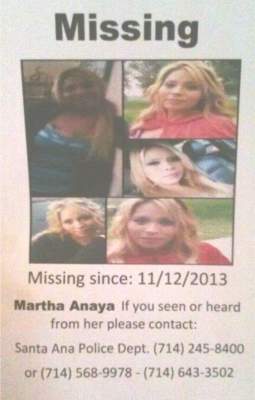 The East 1st street area is well-known to area residents and the Santa Ana Police Department as a haven for drug and prostitution activity. While these women were not directly associated with one another, their similar backgrounds are cause for concern and may indicate the disappearances are related. Detectives have now ruled out any connection between Palma-Thomas and the three women who have yet to be found.

The Santa Ana Police Department has opened investigations into the circumstances of each woman’s disappearance. All three women have been entered into state and nationwide missing persons databases and the department is making a concerted effort to determine the cause of their disappearance. There is no definitive evidence which has been located to date to indicate these women were abducted or were victims of foul play; however detectives have not ruled that out. Each of the three missing person’s cases will be given an attentive, diligent, and responsive investigation.

Anyone with information related to the disappearances of Kianna Jackson, Josephine Vargas, Martha Anaya, is encouraged to contact the Santa Ana Police Department at 714-245-8393 (Investigative Specialist Debbie Velarde-Reyes) or OC Crimestoppers at 855-847-6227. 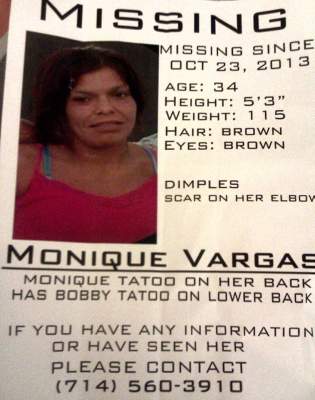