On Sunday, July 10, 2016 at 12:19 am officers responded to a vehicle vs. multi-pedestrian, hit and run collision on Hazard Av. just west of Harbor Blvd.

Based on evidence at the scene, it appears three female pedestrians were standing in the two-way turn lane of Hazard Av. just west of Harbor Blvd. when they were struck by a dark colored SUV. The driver of the SUV failed to stop at the scene and continued eastbound on Hazard Av. out of sight. 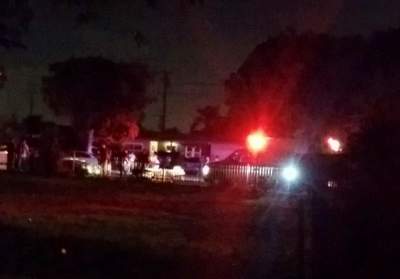 Two of the pedestrians were transported to a local hospital for medical treatment. One, died while en-route to the hospital.

(Editor’s Note – the O.C. Coroner has identified the deceased hit and run victim as Lameia Harris).

Any witnesses or person with information on this collision are asked to contact Santa Ana Police Department, Collision Investigation Unit at (714) 245-8200.