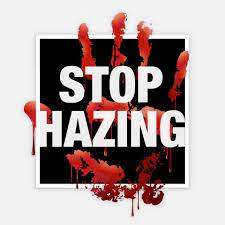 The Orange County District Attorney’s Office does not normally comment on investigations involving juveniles. However, the facts surrounding the situation that occurred in a Mater Dei High School boys’ locker room involving two teenage football players has been so erroneously reported by the media we have no choice but to correct the record and provide the accurate facts.

Neither player involved in this fight was made to participate against their will. Other players in the locker room were seen milling around, playing on their phones, and largely uninterested in the punches being thrown by two of their teammates. The participants knew they were being filmed and they started throwing punches. Some punches landed; others did not, but it is unequivocally clear that both participants attempted to land as many punches as possible.

There is not a single shred of evidence to show that this was anything other than a mutual combat situation with two willing participants who traded blow for blow, including repeated punches to each other’s heads.

That does not make it acceptable. But it is not a crime.

At no time did one of the players in the fight tell the other player to stop, even when the punches became head shots and attempted head shots. When another player said stop, both players stopped throwing punches.

Two boys on the Mater Dei football team engaged in behavior that betrays the values of youth sports. CIF, the governing body of high school sports in California, has the motto “Dedicated to developing student-athletes of character.”

What happened in the Mater Dei locker room on February 4, 2021 is nothing anyone should be proud of and it falls short of the kind of character any of us should wish for our children.

This incident has been thoroughly investigated by law enforcement and reviewed blow by blow by the most experienced prosecutors in my office to see if we could prove a crime beyond a reasonable doubt.

Schools must remain safe places for our children to thrive and learn – and to develop the character that we want to see in all of our children. Watching two children trade blow for blow in a locker room environment should be unsettling for everyone. It was for me.

And as the elected District Attorney of Orange County, I have and will continue to protect our children from harm. The safety of our children is all of our responsibility.

At this point, there is no evidence of hazing or any other crime that we can prove beyond a reasonable doubt.

As the Orange County District Attorney, I have and continue to be willing to review any and all information related to this incident and any incident involving potential hazing in our schools. Hazing in any form is unacceptable and if I can prove beyond a reasonable doubt that anyone – whether a player, a coach, or a school administrator – has engaged in or condoned hazing, I will hold them accountable.