Based on the information provided by the business owners, a criminal investigation was opened by the SAPD Economic Crimes Section. The evidence provided by the victim resulted in several search warrants being obtained into the criminal activity of the suspect. With the assistance of the Orange County District Attorney’s Major Fraud Unit, a forensic accounting audit was completed on the business’ finances and bookkeeping records. The audit revealed that from the years 2014-2017 the suspect, Martha Jean Czerkawski, had embezzled $352,997.33 from her employer.

SAPD Detectives submitted their case to the O.C. District Attorney for filing, based on their investigation the District Attorney has filed 109 counts of PC 475(c) – Forgery, Possession of items with intent to defraud. An arrest warrant was issued for suspect Czerkawski, on 2/26/2019, SAPD detectives took the suspect into custody at her residence in the city of Orange. Czerkawski was booked into the SAPD Jail and is being held on a bail amount of $352,997.33.

ACCOUNTING MANAGER CHARGED WITH GRAND THEFT AND FORGERY FOR EMBEZZLING MORE THAN $164,000 FROM COMMERCIAL LIGHTING BUSINESS IN SANTA ANA

SANTA ANA, Calif. – An accounting manager was charged this week with grand theft and forgery for embezzling more than $164,000 from a commercial lighting business in Santa Ana.

Charged on June 6, 2018, with the following felony counts: END_OF_DOCUMENT_TOKEN_TO_BE_REPLACED

Young Ah Kim, a 48-year-old Cypress woman, pleaded guilty Monday, Aug. 7, to embezzling at least $500,000 from California Systems, a Santa Ana company, where she worked as an office manager, according to the O.C. Register.

END_OF_DOCUMENT_TOKEN_TO_BE_REPLACED

SANTA ANA, Calif. – A former office manager was convicted and sentenced today for embezzling money from a Catholic school’s fundraising program. Adela Maria Tapia, 40, Tustin, pleaded guilty to a court offer of two felony counts of grand theft by embezzlement, 13 felony counts of money laundering with sentencing enhancement allegations for aggravated white collar crime over $100,000, and property loss of over $200,000. Tapia was sentenced to four years and eight months in state prison stayed pending the completion of one year in jail and five years formal probation over an objection by the People, who argued for a state prison sentence without the possibility of probation. Tapia was also ordered to pay over $438,000 in restitution. END_OF_DOCUMENT_TOKEN_TO_BE_REPLACED 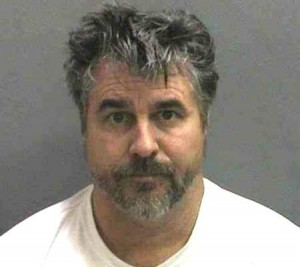 SANTA ANA, Calif. – A former controller of a Santa Ana piano company was sentenced today to 18 years in state prison for embezzling over $5.6 million from the business. Russell Eugene Dunbar, 58, was found guilty by a jury on Oct. 21, 2014, of 17 felony counts of forgery, 17 felony counts of falsifying records, and 16 felony counts of grand theft with sentencing enhancement allegations for committing an aggravated white collar crime over $500,000 and property damage over $2.5 million.

Fields Piano is a long established piano store in Santa Ana. In 2001, the owners hired Dunbar, a close friend, to be the controller for the business in charge of accounting for the company. END_OF_DOCUMENT_TOKEN_TO_BE_REPLACED 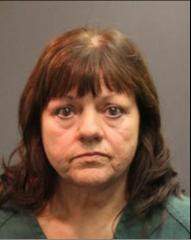 Mueller was employed at Jorgenson Metal Rolling & Forming as the office manager for over 10 years. In January of 2011, Mueller was suspected of embezzling a large amount of money and was terminated. An investigation was launched by the Santa Ana Police Department’s Major Fraud Unit and Mueller moved to Arizona after being terminated. END_OF_DOCUMENT_TOKEN_TO_BE_REPLACED

Torres had previously appeared on the television reality show “Bounty Wars” on the Discovery Channel as a bounty hunter. END_OF_DOCUMENT_TOKEN_TO_BE_REPLACED 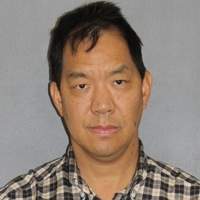 Fong was hired in 1999 by Fidelity National Title Group (Fidelity) as the Associate Counsel and Vice President. He was responsible for working with and overseeing contracts with vendors who searched for and obtained missing assets for the company. END_OF_DOCUMENT_TOKEN_TO_BE_REPLACED SANTA ANA – A car business owner and operator was convicted and sentenced today for embezzling $200,000 from the sale proceeds of rare and vintage vehicles sold on consignment. John Calicchio, 63, Costa Mesa, pleaded guilty to 14 counts of embezzlement by fiduciary of trust, two counts of diversion of funds, and four counts of money laundering with a sentencing enhancement for property loss over $200,000. Under the State sentencing law (AB 109), the court split the defendant’s sentence. Calicchio was sentenced to 16 months in jail, two years of mandatory supervision, and ordered to pay $177,000 restitution. END_OF_DOCUMENT_TOKEN_TO_BE_REPLACED