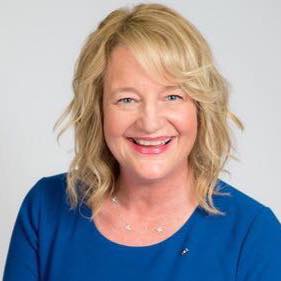 Santa Ana residents have a new County Supervisor due to the redistricting that is went into affect today, Jan. 6. Our previous County Supervisor, Andrew Do, has been shifted to the newly modified District 1 which includes former District 2 cities Seal Beach, Huntington Beach, Los Alamitos and Cypress.

Santa Ana’s new Supervisor is Katrina Foley who will represent us in District 2, which includes Santa Ana, and parts of Garden Grove, Anaheim and Orange.

Foley used to represent the City of Costa Mesa, where she lives. She plans to run for the new District 5 at the end of the year, which includes Costa Mesa, Newport Beach and the half of Irvine.

The current District 5 Supervisor, LIsa Bartlett, will leave office after the November election due to term limits and she has already announced that she is running for Congress.

The new Board Chairman will be Doug Chaffee who represents District 4, which includes north Orange County including Fullerton, Brea, La Habra, Buena Park, Placentia, Stanton and part of Anaheim.

Katrina Foley is the first woman Democrat ever elected to the BOS in Orange County. She is a community leader, successful businesswoman and attorney who became Costa Mesa’s first directly elected Mayor in November 2018 and re-elected in 2020. She was elected to the Board of Supervisors in 2021. Katrina also served as Mayor in 2016-2017, and was on the Costa Mesa City Council for 12 years.

Previously serving on the Newport Mesa Unified School District Board of Trustees from November 2010 to November 2014, Katrina’s focus is on making local Orange County communities better for families.

Katrina is President of The Foley Group, A Professional Law Corporation in Newport Beach. The Foley Group, PLC provides services in contract negotiations, civil business and employment litigation, and non-profit compliance matters. In 2001 and 2004, Katrina was honored by Women in Leadership and the National Association of Women Business Owners’ at the annual Remarkable Women Awards event.

Her service on local and regional boards and agencies includes the following: serving on the Orange County Transportation Authority, Travel Costa Mesa and Toll Corridor Agency Boards, and liaison to the Newport Mesa Arts Commission, Cultural Arts Committee, Bike and Walkability Committee, Pension and Finance Advisory and Special Districts Committee, as well as the Orange County Fair. As a City Councilmember from November 2004 to November 2010, Foley served as the Chair to the Redevelopment Agency and City Council liaison to the following: the Orange County Fair, Newport-Mesa Unified School District, Youth in Government Program, Child Care and Youth Services Committee, Cultural Arts Committee, and Santa Ana River Trail Blue Ribbon Committee. She also Chaired the Coast Community College Measure M Oversight Committee and was recognized as the Orange Coast College Citizen of the Year.

A proud graduate of Head Start and a Pell Grant recipient, Katrina understands what it is like to grow up in a family facing financial challenges. As the daughter and wife of union members, Katrina has always stood with California’s workers and working families in their efforts to organize and collectively bargain.

In law school, Katrina established the school’s first women’s resource to serve domestic violence victims and chaired the women’s law caucus. The small clinic is now a well-established, for credit clinic run by the law school. Katrina was the City of Costa Mesa’s first pregnant Planning Commissioner. At that time, she initiated changing tables in the restrooms and a nursing station for employees at a new IKEA development.

Katrina has two sons in college who attended Costa Mesa Public Schools. She lives in Costa Mesa with her husband of 30 years Casey, a local teacher.