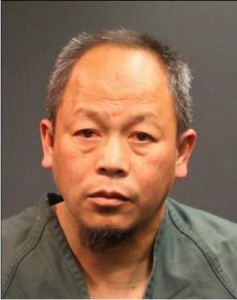 Osman is accused of violating his position of trust as a pastor at The Indo Chinese Islamic Center (IIC) in Santa Ana. The defendant is accused of teaching bible classes at IIC and befriending the victims and their family members.

On or about Feb. 25, 2015, Osman is accused of entering a home where both victims were staying, under the guise of performing a daily prayer. He is accused of luring 9-year-old Jane Doe 1 into the room in which he was praying and performing lewd acts upon her.

On the same day, but at a later time, the defendant is accused of performing lewd acts upon 6-year-old Jane Doe 2, who is a relative of Jane Doe 1.

Jane Doe 1 reported the crime to a family member and SAPD, who investigated this case, arrested the defendant the next day on Feb. 26, 2015.

The investigation in this case is ongoing. Anyone with additional information or who believes they have been a victim is encouraged to contact SAPD Investigator Rick Diaz at (714)-245-8412 or Supervising District Attorney Investigator Kelly Core at (714)-347-8794.