Santa Ana now has both Pony and Little League baseball – which is better? 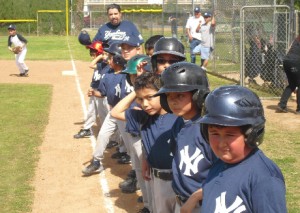