Northbound carpool lanes now open on the I-5 in Central O.C. 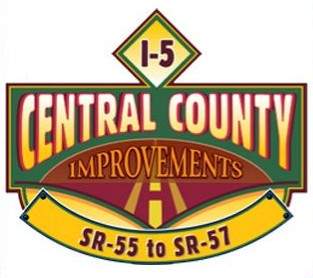 ORANGE – Carpooling through central Orange County just got a lot easier – several months ahead of schedule – after the two northbound HOV lanes opened to traffic this morning as part of the I-5 Central County Improvements Project.

The project, a partnership between OCTA and Caltrans, added a second carpool lane in each direction of the busy stretch of I-5 between SR-55 and SR-57 to help speed up commutes and alleviate bottlenecks through Santa Ana, Orange and Tustin. The southbound lanes opened to traffic late last month.

“I’m proud to see that despite this challenging year, we are able to continue delivering our promises to Orange County taxpayers by bringing relief to those who travel along this stretch of I-5,” said OCTA Chairman Steve Jones, also the Mayor of Garden Grove. “Thank you to all the essential workers for their efforts over the past several months to help bring these benefits to the public early.”

The carpool lanes opened to traffic at least four months early. Earlier this year, when stay-at-home orders related to COVID-19 were in place, crews accelerated construction by performing work during the day when there is typically heavy congestion.

In addition to adding carpool lanes, the project removed the concrete barriers between the carpool and regular lanes in several locations, and restriped the carpool lanes for continuous access, allowing drivers to move freely between all lanes.

In the next month, crews will perform additional work to wrap up the project, including electrical, landscaping and signage installation. The project was originally expected to be completed in early 2021.

For more information about the I-5 Central County Improvements Project, visit www.octa.net/i5central.