Tanber was arrested at approximately 6:15 a.m. this morning after investigators obtained information he was staying at the Motel 6 at 13100 Goldenwest Street., Westminster. SWAT operators made entry into the motel room and safely took Tanber into custody. 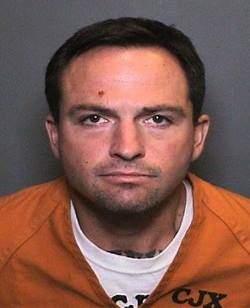 Tanber will be booked into the Orange County Jail on charges of murder. He will be held on $1 million bail and is expected to appear in court on Tuesday, September 15, 2015.