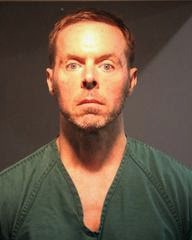 Santa Ana Police arrested Joseph Frances Deluca, a 47-year-old resident of Irvine, for sexual assault of a minor. Deluca was working as a substitute teacher at Edison Elementary School when a 10-year-old female student alleged that Deluca had touched her inappropriately in the classroom the day before.

School officers reported this incident to the Santa Ana Police Department on Thursday, September 29, 2022. Deluca was no longer at the school, and detectives interviewed other students as they looked for additional victims.

After speaking with students, detectives learned that Deluca was currently substituting at Robert Heidman Elementary school in Tustin. Santa Ana Police detectives arrested Deluca, who was a full-time teacher for 15 years and a substitute teacher for the last two years. Deluca has been a teacher for both elementary and middle schools in Westminster, Buena Park, Santa Ana, Fountain Valley, and Tustin.