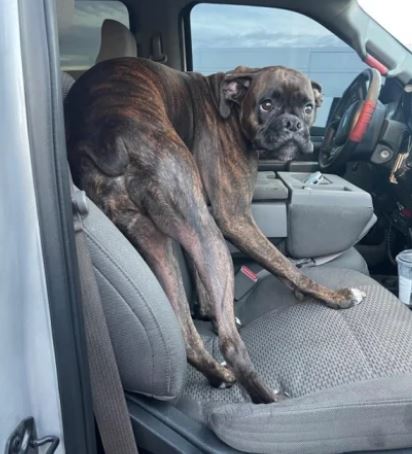 An unidentified man rescued his pit bull from a knife-wielding stranger inside his pickup truck in Westminster on Saturday, Dec. 10, according to the Westminster Police Department.

The man parked his pickup truck at a strip mall at the 16400 block of Magnolia before 4:50 p.m., then went inside a store, leaving his pit bull in the truck’s front seats.

When the man came out of the store a short while later he was surprised to find Miguel Garcia-Gonzalez, a 34-year-old Garden Grove man, sitting in the truck’s driver seat. Even worse Garcia-Gonzalez was holding the pit bull in a headlock in his right arm and had a knife in his left hand.

The pit bull’s owner was able to grab his dog away from Garcia-Gonzalez, who swung at him several times with the knife. During the tussle, the man used a stun gun on Garcia-Gonzalez.

The man was able to pull Garcia-Gonzalez out of the driver’s side door after stunning him, and he pulled him out of the pickup truck.

The man and a store employee the used zip ties to restrain Garcia-Gonzalez.

Fortunately neither the man nor his dog were injured.

Garcia-Gonzalez was arrested and booked in jail although he had not yet been charged as of Sunday.