The Garden Grove Police will conduct DUI Checkpoints on Dec. 17 and 30 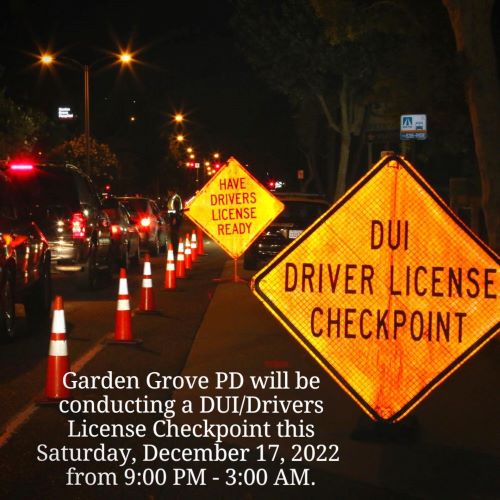 Garden Grove police will be doubling down against drunk drivers by conducting two driving under the influence checkpoints at undisclosed locations within the city limits on Dec. 17 and Dec. 30 from 9 a.m. to 3 a.m. the following day.

Police look for not only inebriated drivers but also drivers who might be under the influence of drugs at DUI checkpoints.

Drivers charged with a first-time DUI face an average of $13,500 in fines and penalties as well as a suspended license. If they happen to be regulated drivers they could lose their ability to drive regulated trucks as most employers do not allow such drivers to have DUIs.