The meeting focused on building the County’s System of Care including mental health system integration, existing permanent supportive housing and units that in the pipeline, and federal funding sources allocated to the County and cities in Orange County. END_OF_DOCUMENT_TOKEN_TO_BE_REPLACED 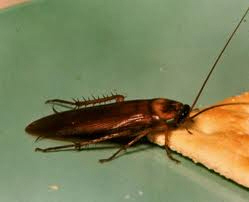 The OC Health Care Agency has released a list of the eateries (including restaurants, caterers and even school kitchens) that they inspected and shut down for the week of April 20 – April 27. Most of these eateries reopen pretty quickly after the health inspectors determine their issues have been resolved. Here is the list:

END_OF_DOCUMENT_TOKEN_TO_BE_REPLACED 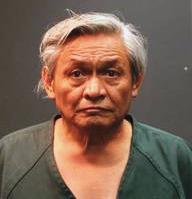 The Santa Ana City Council will hold a series of Public Hearings to consider modifying the Ward boundaries to comply with both the Federal and California law, including the California Voting Rights Act (CVRA).

The Ward boundaries were last modified in January of 2012. Since then, the City received correspondence asserting that the City’s current at-large electoral system, whereby council members are elected by all of the city electors, violates the CVRA because it allegedly does not allow Asians (a protected class) to elect candidates of their choice or otherwise influence the outcome of Santa Ana’s council elections. Following receipt of this correspondence, the City Council decided to place a charter amendment on the November 6, 2018 General Municipal Election so that the electors of the City can decide whether to change the method of electing council members to a by-ward system where each council member is required to reside in the ward he or she represents and is elected solely by the electors of that ward. The City Council also decided to consider changing the Ward boundaries to ensure that they are consistent with Federal and State law, including the CVRA. This re-boundary process will consist of a number of public hearings to allow interested persons to give input on ward boundaries. END_OF_DOCUMENT_TOKEN_TO_BE_REPLACED

According to a criminal complaint, several transactions involving guns and drugs took place at the Santa Ana home. A man and woman were seen taken away in restraints at the location. A third man was detained then released. There were also four children at the home during the raid, according to ABC. END_OF_DOCUMENT_TOKEN_TO_BE_REPLACED

These folks want to bring a van or some other type of vehicle to the area bounded by (N) East 4th Street, (E) North Standard Ave, (S) South Grand Avenue, and (W) East Chestnut Avenue, between 10 a.m. and 5 p.m. at least once a week, with more frequent service as needed. END_OF_DOCUMENT_TOKEN_TO_BE_REPLACED

The new playground at Chepa’s park is one of the three sites selected to receive a State-Wide Healthy Play Training & Funding Initiative grant in CPRS’ Region 10. Chepa’s Park is a 17,600 square feet community park surrounded by apartment complexes and multi-unit homes. With over seventy-eight percent of the immediate surrounding population considered low income, this community is economically challenged with a large youth population and higher than normal levels of unemployment and homelessness. END_OF_DOCUMENT_TOKEN_TO_BE_REPLACED

The decision from the Santa Ana City Council closely followed a Tuesday afternoon decision from the Orange County Board of Supervisors to unanimously reject a shelter site proposal by south county mayors. Last week, the group of mayors proposed putting a homeless shelter in a remote canyon on property currently used as a pre-school and public library. The County has tasked cities with identifying and proposing homeless shelter sites. END_OF_DOCUMENT_TOKEN_TO_BE_REPLACED 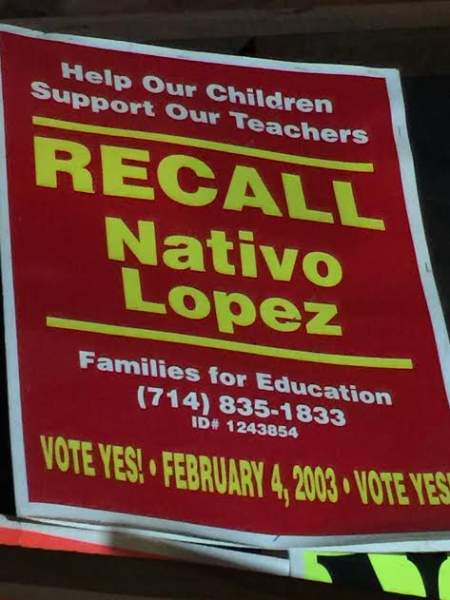 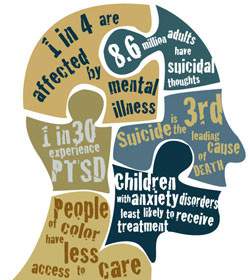 The Orange County Board of Supervisors approved a new contract today that will provide more than a half-million dollars in funding for OC Warmline, a free and confidential non-crisis service for residents that are experiencing a mental health problem or behavioral health issue. END_OF_DOCUMENT_TOKEN_TO_BE_REPLACED 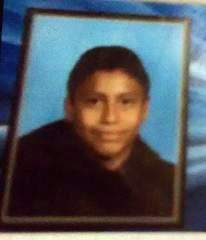 – UPDATE – Critical Missing 12 year old male has been located and reunited with his family. END_OF_DOCUMENT_TOKEN_TO_BE_REPLACED

The incident began late this morning near near West First and North Figueroa Streets in Santa Ana. SAPD police officers tried to pull over the suspect but he sped off in his car instead. END_OF_DOCUMENT_TOKEN_TO_BE_REPLACED 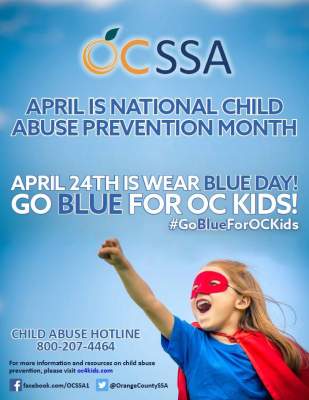 Orange County, CA – The County of Orange Social Services Agency (SSA) invites the citizens of Orange County to show their support of ending childhood abuse and neglect by wearing blue on April 24, 2018 for National Child Abuse Prevention Month. In addition, residents are encouraged to take photos of themselves, their friends, their coworkers and their loved ones while wearing blue and tag their photos using the hashtag #GoBlueForOCKids on social media.

Members of the Orange County Board of Supervisors will also be presenting a proclamation for National Child Abuse Prevention Month at the Board meeting on April 24th and will be encouraging their constituents to speak up if they see child abuse or neglect. END_OF_DOCUMENT_TOKEN_TO_BE_REPLACED

The incident occurred at the 1600 block of W. McFadden. The SAPD responded after they got a call about domestic violence. However the police arrived before the ex-boyfriend did. So they left. END_OF_DOCUMENT_TOKEN_TO_BE_REPLACED