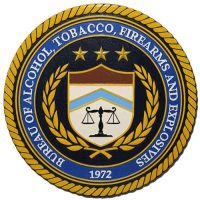 According to a criminal complaint, several transactions involving guns and drugs took place at the Santa Ana home. A man and woman were seen taken away in restraints at the location. A third man was detained then released. There were also four children at the home during the raid, according to ABC.

The warrants, served by the Bureau of Alcohol, Tobacco, Firearms and Explosives, FBI and Anaheim police, were served in Santa Ana and other locations, according to NBC4.

A total of seven people were charged while an eighth suspect was arrested in Santa Ana after a nine-month investigation into drug and gun sales in Orange County, according to federal authorities.

Weapons that were seized included 13 handguns, 13 rifles, eight shotguns and a hand grenade. Investigators also took about 4.43 pounds of methamphetamine.

One of the suspects offered to sell an informant a gun with a 100 round drum for $700 and that informant was also offered a one-gram sample of methamphetamine.

« They are trying to give away syringes to drug addicts, in Downtown Santa Ana, again!
The Santa Ana City Council will hold public hearings regarding their plan to change our ward maps »