Transient sentenced to four years in prison after he broke into the S.A. Zoo and claimed to be Tarzan 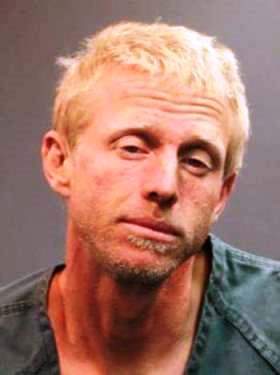 At approximately 4:30 a.m. on April 2, 2015, Rodenborn walked into a Chevron gas station convenience store on Beach Boulevard in Westminster and asked the store clerk for cigarettes. He then demanded money and threatened to harm the store clerk if he didn’t comply. The victim took out money and placed it on the counter. Rodenborn took the cash from the counter and fled the scene, leaving behind a used cigarette butt.

The store clerk and witnesses called 911 and the Westminster Police Department, who arrived at the scene and investigated this case. Rodenborn was connected to the crime through DNA found on the cigarette butt and video surveillance.

At approximately 10:45 a.m. on Aug. 6, 2015, Rodenborn walked into Dax Gallery in Costa Mesa and took an iPhone that belonged to an employee of the gallery, who had just entered the business for the day, which was not yet open to the public. The defendant fled the scene with the stolen iPhone.

After locating the cell phone through a tracking application, the Costa Mesa Police Department (CMPD) responded to its location. CMPD spotted Rodenborn, who jumped over a wall into a residential area and entered the garage of a nearby home. Shortly thereafter, Rodenborn ran out of the garage and tried to flee again. After a short chase, CMPD detained him behind a dumpster.