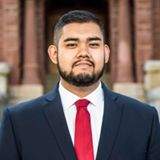 “I am proud to endorse Steven A. Nguyen in his race for Rancho Santiago Community College District,” said Assemblywoman Kim. “He has demonstrated his commitment to Santa Ana over the years and continually works to bring the community together. Steven has the vision to serve the RSCCD Board and Students.”

Steven Nguyen, born and raised in Santa Ana, is a candidate in the November General Election for Area 5 in the Rancho Santiago Community College District. He is currently a recruiter for the Orange County Department of Probation.

“I want to personally thank Assembly Members Kim, Harper and Allen for their support,” said Nguyen. “The support and momentum my campaign is gaining is truly humbling.”

For more information on the Nguyen campaign please go to: Nguyen4RSCCD.com.