Notice: Undefined variable: remote_version in /home/newsantaana/public_html/wp-content/themes/ifeaturepro5/functions.php on line 417
 New Santa Ana | The SAPD is looking for an armed suspect who robbed a Chevron and a 7-Eleven
Santa Ana's top news & views blog 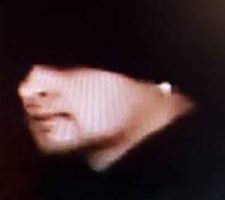 On 12/17/2016 at approximately 0200 hours and at 0400 hours, the suspect entered the Chevron Gas station and later a 7-Eleven business, carrying an “assault-style rifle.” The suspect used the rifle during the robberies as he demanded money from the clerk at each location. 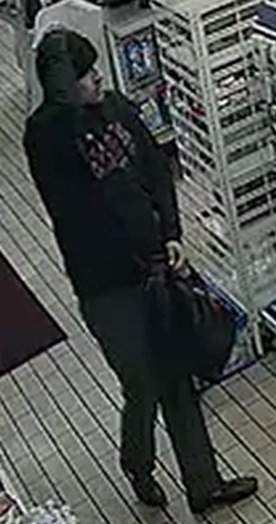 He was wearing a black ski-mask during each incident, however he was captured on video unmasked prior to one of the robberies. He is described as Male White or Hispanic (light complexion) in his late 20’s, 5’10” with a medium build and thin goatee. He was wearing a black hooded sweatshirt which read “Active” in red letters, gray slacks and black dress shoes. He also appears to have piercings on his ears.

Anyone with information or similar crimes, contact SAPD Robbery Unit Detective A. Garcia at 714-245-8408 or email agarcia3@santa-ana.org or Orange County Crime Stoppers at 1-855-TIP-OCCS.