The SAPD is looking for an armed lottery ticket robber 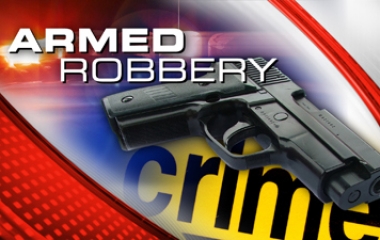 Synopsis: On 1/4/2016 at 4:28am, the suspect in this case is described as a Male, Hispanic 30-40 years old, approximately 6’00 tall, 180-200 lbs. and having pock marks on his face. At the time of the robbery, he was wearing a black hooded sweatshirt, light blue jeans and brown work boots with a white surgical mask, black “San Francisco Giants” ball cap and blue/black gloves.

The suspect entered the 7-11 store located in the 1440 block of West MacArthur where he simulated a handgun in his jacket pocket; he approached the clerk and demanded all the money in the cash register. After receiving the money he also stole approximately 60 California scratcher lottery tickets. The suspect is then seen leaving the parking lot in a white 2007-12 white 4-door Chevy Malibu. 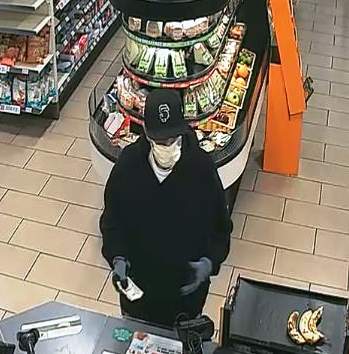 Approximately 2 hours later, a male subject matching the same description is seen via surveillance video cashing in several of the stolen scratchers at a liquor store in the City of Westminster (Al’s Market).

Detectives believe this suspect has committed a series of seven robberies in five Orange County Cities from 10-2-2014 to 1-4-2016. In many of the cases the suspect brandished a weapon during the robbery. The suspect has been observed leaving in the white 2007-12 white 4-door Chevy Malibu. On one occasion a female was observed driving the getaway vehicle. These suspects should be considered armed and dangerous. 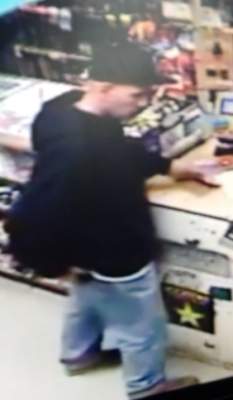 Anyone with information about this suspect or the vehicle is asked to contact: Det. A. Garcia at 714-245-8408 or Orange County Crime Stoppers at 1-855-TIP-OCCS.