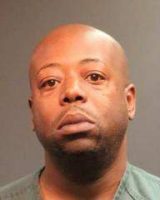 During the evening hours of Wednesday, January 18th, Police Detectives assigned to the Vice and Narcotics Unit conducted an operation in support of the City Council’s commitment to impact the level of prostitution-related activity along the Harbor corridor; as a result, the Detectives made multiple arrests of suspects for crimes including pandering and loitering with the intent to commit prostitution.

One of the arrestees, Andre Jermaine Williams (40) San Diego, has a prior arrest and conviction for pandering. Upon an additional conviction, he is facing a maximum sentence of 9 years in prison. The investigation related to his arrest is continuing, with additional pimping charges possible.