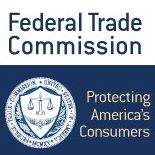 The Federal Trade Commission has charged the operators of a mortgage relief scam with bilking millions of dollars from homeowners by falsely telling them they could join a so-called “mass joinder” lawsuit that would save them from foreclosure and provide additional financial awards.

“Preying on homeowners who already are financially distressed and struggling to pay their mortgages is appalling,” said Jessica Rich, Director of the FTC’s Bureau of Consumer Protection. “That’s why stopping phony mortgage relief operations, like this one, is a priority at the FTC.”

At the FTC’s request, a federal court temporarily halted the scheme, and the agency seeks to permanently stop the alleged illegal practices and obtain refunds for consumers.

According to the FTC’s complaint, Damian Kutzner and four attorneys using a set of law firms under the names Brookstone Law and Advantis Law, claimed they would bring lawsuits against lenders for mortgage fraud and void consumers’ mortgage notes “to give you your home free and clear, and/or to award you relief and monetary damages.”

According to the FTC, the promise of a mass joinder lawsuit is a ruse used by some mortgage relief scams. Unlike class-action lawsuits, in the event of trial each plaintiff would have to prove his or her case separately. Although the defendant attorneys have sued several well-known banks, the FTC has alleged that they have not won any cases and that most were dismissed because they never pursued them. According to the FTC’s complaint, the defendants’ operation did not have attorneys who could litigate hundreds or thousands of cases.

According to the complaint, the defendants mailed marketing materials to consumers with the homeowner’s name, loan amount and property identification number, with statements such as, “Your home will be sold at Auction unless you take immediate action.” People who responded to the advertising were told they could join a lawsuit by paying $895 or more in advance for a “legal analysis,” and that they were likely or certain to prevail in a lawsuit against their lender; some consumers were told they would recover at least $75,000. After claiming the analysis showed that a consumer had a good case, the defendants charged thousands of dollars in recurring monthly fees through the law firms and failed to deposit the fees in client trust accounts as required by law.

The defendants falsely promised some clients that they would add them as plaintiffs in lawsuits; they told others they would add them soon but did so only months later. Clients’ requests for information were ignored. In addition, the defendants did not tell people when their lawsuits had been dismissed and kept collecting fees from those clients. Clients’ requests for refunds were refused.

One of the defendants, Vito Torchia, was disbarred by the California bar for misconduct. During his ethics trial, he conceded that Brookstone failed to provide the most basic elements of legal representation

The Commission vote approving the complaint was 3-0. The U.S. District Court for the Central District of California entered a temporary restraining order against the defendants on June 1, 2016.

NOTE: The Commission files a complaint when it has “reason to believe” that the law has been or is being violated and it appears to the Commission that a proceeding is in the public interest. The case will be decided by the court.

The Federal Trade Commission works to promote competition, and protect and educate consumers. You can learn more about consumer topics and file a consumer complaint online or by calling 1-877-FTC-HELP (382-4357).  Like the FTC on Facebook(link is external), follow us on Twitter(link is external), read our blogs and subscribe to press releases for the latest FTC news and resources.

« Santa Ana man’s body dumped in Anaheim after he was shot
The SAPD arrested a pimp from San Diego in a prostitution sweep on Jan. 18 »