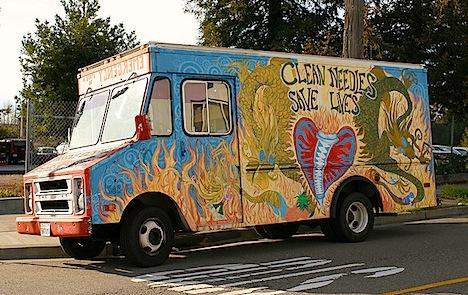 Santa Ana, Calif. (October 25, 2019) – Today the County of Orange has prevailed in its lawsuit against the Orange County Needle Exchange Program (OCNEP) and is now entitled to Judgment against the California Department of Public Health (CDPH) on the County’s claim under the California Environmental Quality Act (CEQA).

“This is an incredible victory for the County of Orange and the citizens of Orange County,” said Chairwoman Lisa Bartlett, Fifth District. “The state of California will now need to comply with its own laws and we can better ensure that the safety and health of our residents can be preserved.”

As a result of this legal determination, and because the CDPH did not comply with CEQA when it approved the OCNEP application, the County will be entitled to a writ of mandate compelling the CDPH to vacate its approval of the drug needle mobile giveaway in the cities of Anaheim, Costa Mesa, Orange, and Santa Ana.

“The state failed to do its due diligence and comply with its own environmental laws when it approved the Orange County Needle Exchange Program,” said Vice Chair Michelle Steel, Second District. “State officials ignored the pleas of local leaders and decided to prioritize easy access to needles for drug addicts over the health and safety of our communities.”

On June 5, 2018 then Chairman Do and then Supervisor Steel jointly presented item S29C to officially oppose OCNEP’s needle exchange. On August 3, 2018 a special meeting of the Board of Supervisors was held, with all then Supervisors voting to sue the state of California after the California Department of Public Health approved OCNEP’s program despite the Board’s objections.

“OCNEP’s needle exchange program was dangerous and created hazardous conditions for all of Orange County’s residents,” said Supervisor Andrew Do, First District. “Today’s victory means safer and cleaner streets while requiring the state of California to comply with its own statutes.”

In today’s ruling, Judge Wohlfeil determined that the needle exchange program is a “project” subject to review under CEQA, saying “…there is a possibility that the project will result in an increase in used needle litter, a biohazard. This constitutes a tangible change in the areas surrounding operation of the [needle exchange program].”

“The former Board of Supervisors was correct in filing its lawsuit against the state of California,” said Supervisor Donald P. Wagner, Third District. “All of our residents will be assured a safer and more secure Orange County as a result of today’s decision.”

The County will also be entitled to recover its attorneys’ fees from the CDPH. Future CDPH authorizations for needle exchange programs across California should now be subject to review under CEQA before CDPH approval may be granted.

“I’m happy to see that the court ruled in the County’s favor regarding the needle exchange program,” said Fourth District Supervisor Doug Chaffee. “This is a safety issue for all of our residents.”