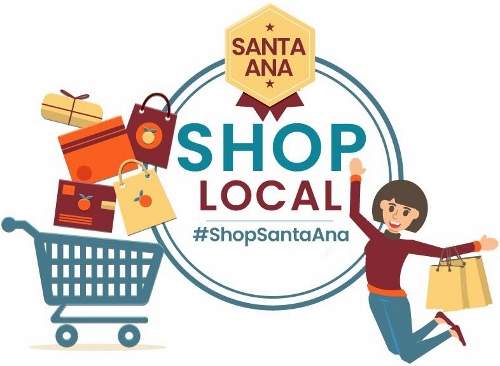 As the City of Santa Ana launches the Revive Santa Ana Resident Stimulus Program, we encourage everyone who receives a stimulus card to shop local.

In the first weekend of the program, over 100 City employees knocked on doors to hand out cards. They were joined by Mayor Vicente Sarmiento, Mayor Pro Tem David Penaloza, City Manager Kristine Ridge, and several members of the City’s executive team, who all volunteered their time to help.

The City is handing out 20,000 prepaid Visa cards valued at $300 each this month. Renters in areas of Santa Ana with the highest poverty rates will receive the cards and will be contacted by the City.

Learn more about the program at https://www.santa-ana.org/revive/resident-stimulus.

Stimulus card recipients can find a list of local businesses offering discounts to anyone using the Revive Santa Ana card at https://www.santa-ana.org/ShopLocal. These businesses include:

Santa Ana businesses are invited to participate in the Revive Santa Ana Shop Local Campaign by offering a promotion or discount to Santa Ana residents using a City issued pre-paid Visa card. Sign up at https://bit.ly/3InmiGo.