Today, SAPD Vice Detectives, Directed Patrol Officers, and Code Enforcement provided some much needed relief to residents in the 100 block of South Cooper Street (just a few blocks east of Little Saigon) after serving a search warrant on a suspected residential grow facility.

SAPD detectives located several rooms with cannabis in various stages of growth and several illegal modifications to the residence.

One subject was detained and the investigation is ongoing.

A pedestrian was struck by a hit and run driver in Garden Grove on Monday night, Feb. 15, at about 10:15 p.m. near the intersection of Westminster Avenue and Dawson Street, near Brookhurst in a Little Saigon commercial area.

The victim was seriously injured, and remained in critical but stable condition as of Tuesday night, according to the Garden Grove Police Department.

The victim may have been struck by a gold-colored vehicle that may have front-end damage, according to witnesses.

On Monday, 11/21/2016 at 3:15 pm, a male Hispanic entered the M & Toi Café , located at 4702 W. 1st St., in Santa Ana, and sat down at the bar. After several minutes the male appeared to text unknown person(s) and approximately a minute later, two male suspects wearing bandanas to cover their faces entered the business armed with a handgun and a knife. The suspects demanded the female victim to open the register. The lone male Hispanic seated at the bar then walked around the back of the counter, removed the money from the register and fled along with the two armed suspects. The loss was US Currency. END_OF_DOCUMENT_TOKEN_TO_BE_REPLACED

In our opinion the people of the 46th Congressional District will be better served by Correa. In fact we believe he will be a vast improvement over Sanchez. END_OF_DOCUMENT_TOKEN_TO_BE_REPLACED

Next Friday, September 2nd, the public is invited to attend the grand opening of the upgraded Orange County Community Service Center. END_OF_DOCUMENT_TOKEN_TO_BE_REPLACED

SANTA ANA, Calif. – A woman was charged with committing a hate crime, grand theft, and vandalism today for stealing three gold statues from a Buddhist temple in Santa Ana. Trang Thu Pham, 45, Santa Ana, is charged with one felony count of grand theft and one felony count of vandalism of a religious property with a sentencing enhancement allegation for committing a hate crime. If convicted, she faces a maximum sentence of six years in state prison. Pham was arraigned today and is scheduled for a pre-trial hearing on March 30, 2016, at 8:30 a.m. in Department C-55, Central Justice Center, Santa Ana. END_OF_DOCUMENT_TOKEN_TO_BE_REPLACED

Pham was transported to SAPD where she was interviewed by detectives reference the current allegations. Based on that interview she was booked into the SAPD Jail for two counts of Grand Theft and the no bail warrant. END_OF_DOCUMENT_TOKEN_TO_BE_REPLACED

After viewing surveillance video, the victim recognized the suspect as the same suspect that was arrested in 2015 for vandalizing another temple. The victim remembered the media coverage from the previous incident and searched the Internet for the story. END_OF_DOCUMENT_TOKEN_TO_BE_REPLACED

I really dislike South Coast Plaza. Who can afford what the stores there have to offer?  But the MainPlace Mall is just the ticket with a decent array of stores and anchors and a great food selection that now includes wood-fired pizza at Blaze Pizza and bbq ribs at the new Lucille’s.  There is ample parking and two frozen yogurt places – plus my eye doctor. The previous owners of the MainPlace Mall, Westfield, just sold the shopping center to a group of developers. I hope they don’t mess it up! END_OF_DOCUMENT_TOKEN_TO_BE_REPLACED

Federal authorities today arrested 11 defendants named in a sweeping racketeering indictment alleging a series of money laundering schemes that revolved around the former head of Saigon National Bank, based in Westminster, California, announced Assistant Attorney General Leslie R. Caldwell of the Justice Department’s Criminal Division and U.S. Attorney Eileen M. Decker of the Central District of California. Four other defendants, who are named in separate indictments, were also arrested today.

The majority of the defendants arrested today are named in a racketeering indictment that was returned on Dec. 1 by a federal grand jury and unsealed today along with two other indictments returned by the grand jury over the past year. The three indictments charge a total of 20 defendants. END_OF_DOCUMENT_TOKEN_TO_BE_REPLACED

SANTA ANA, Calif. – An automobile dealership owner and an accounting firm owner were charged and arraigned for filing approximately $1.2 million in fraudulent tax returns. Young Eui Hong, 51, and James Jun Kul Pak, 49, both of Garden Grove, are each charged with six felony counts of unlawful failure to transfer public funds, six felony counts of grand theft by an employee, four felony counts of making a false and fraudulent return over $25,000 tax liability, and sentencing enhancement allegations for aggravated white collar crime over $500,000 and property loss over $200,000. If convicted, Hong and Pak face a maximum sentence of 19 years in state prison. The defendants are scheduled for a pre-trial hearing Dec. 18, 2015, at 8:30 a.m. in Department W-12, West Justice Center, Westminster.

At the time of the crimes, Hong was the owner of Grand Motors, Inc., an automobile dealership, and Pak owned an accounting firm in Garden Grove, which conducted accounting work for Hong’s dealership. END_OF_DOCUMENT_TOKEN_TO_BE_REPLACED

An unidentified man was shot through the cheeks while driving his white Lexus SUV on Sunday night, at around 10 p.m., with is wife and child in the vehicle, at the 11200 block of Westminster Blvd., in Garden Grove, in Little Saigon, according to the O.C. Register.

The man was badly wounded and appears to have been the victim of a possible street racing feud, according to Garden Grove Police.

The told the police that he realized he was injured when he heard gunfire and found that he was bleeding from his face. END_OF_DOCUMENT_TOKEN_TO_BE_REPLACED

On the morning of August 13, 2015, with the assistance of the Sheriff’s Department SWAT Team and Orange County Probation Officers, Sheriff’s investigators executed a search warrant at a location in Santa Ana, as well as three probation/parole searches in the cities of Santa Ana and Westminster. The search warrant service and probation/parole searches were the result of an ongoing investigation into several thefts and burglaries that occurred throughout Sheriff’s Department jurisdiction in North Orange County. END_OF_DOCUMENT_TOKEN_TO_BE_REPLACED 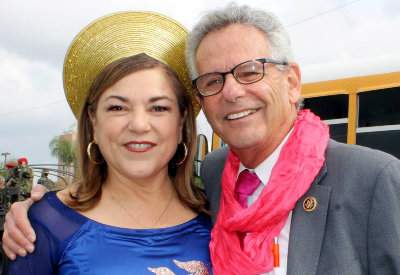