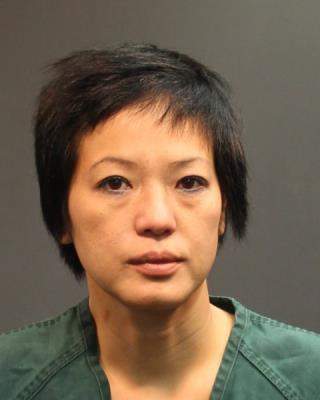 SANTA ANA, Calif. – A woman was charged with committing a hate crime, grand theft, and vandalism today for stealing three gold statues from a Buddhist temple in Santa Ana. Trang Thu Pham, 45, Santa Ana, is charged with one felony count of grand theft and one felony count of vandalism of a religious property with a sentencing enhancement allegation for committing a hate crime. If convicted, she faces a maximum sentence of six years in state prison. Pham was arraigned today and is scheduled for a pre-trial hearing on March 30, 2016, at 8:30 a.m. in Department C-55, Central Justice Center, Santa Ana.

Between Feb. 26, 2016, and March 6, 2016, Pham is accused of taking three separate gold Buddha statues from a Buddhist temple in Santa Ana. A volunteer at the temple noticed that the statues were missing and contacted Santa Ana Police Department, who began investigating this case. The defendant was observed on surveillance cameras near the statues that were stolen from the temple and was arrested by SAPD on March 18, 2016.