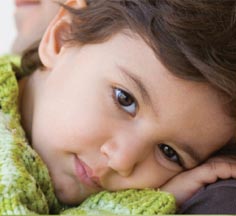 So when the Sheffields learned about the Safe Families program coordinated by Olive Crest of Santa Ana, they knew they wanted to “see it” at Saddleback Church—and that they would “be it” by becoming a Safe Family and opening their home to a family in crisis. END_OF_DOCUMENT_TOKEN_TO_BE_REPLACED