Sarmiento won with only a third of the total vote 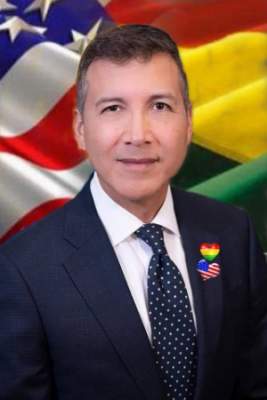 Vince Sarmiento is Santa Ana’s new Mayor but he is coming into office with a very thin margin of victory. Sarmiento only got a third of the vote. That is certainly no mandate.

To make matters worse Sarmiento will have to run for reelection in two years. That means he will have to start raising money right away even as he works to bail out the City of Santa Ana, which is in financial distress due to the COVID-19 pandemic’s affect on our sales tax revenue; the irresponsible raise doled out to the SAPD, which Sarmiento voted for; and the millions of dollars in pensions and health benefits due to retired Santa Ana workers.

Sarmiento will have to work with a City Council that will not have a clear majority and whose members will include millennials who want to push the city even more to the left. Most of the new City Council Members will quickly find themselves over their heads.

Sarmiento barely won his last two City Council races. In two years he will surely face several candidates as he runs for Mayor again. Sarmiento won this time because he ran to the left while Jose Solorio and Claudia Alvarez split the middle and Ceci Iglesias took the right. Sarmiento won due to a vote split. Will he have such a split in two years?

My guess is that Sarmiento will have tough competition in two years. If he fails to fix the City’s finances he may well be running for reelection as the City goes bankrupt.

Good luck Mayor Sarmiento. You will need it.