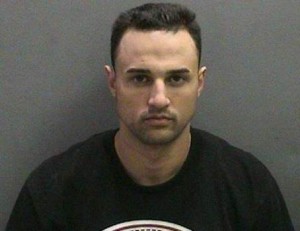 The Orange County District Attorney’s Office and the Westminster Police Department (WPD) released a press release April 7, 2014, with the following information about the case:

At approximately 4:00 p.m. on April 3, 2014, detectives from WPD were working to locate Apostolovic to arrest him on an outstanding warrant.

Detectives located Apostolovic driving a Suburban in Westminster and attempted to initiate a traffic stop in marked patrol vehicles with lights activated. Apostolovic is accused of driving directly toward a marked police car, crashing into the front of the unit. He is accused of failing to stop for the police, fleeing at a high rate of speed, and failing to stop at a red signal and two stop signs.

« O.C. Clerk-Recorder locations to be open on Saturday, May 16
Meet author and businesswoman Tina Aldatz at Libreria Martinez tonight »