Santa Ana man acted in self defense when he killed his sister’s boyfriend, according to his attorney 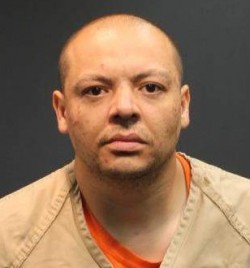 Leon is not challenging the charge that he shot and killed Guzman, who allegedly broke into the home of Leon’s parents in order to steal Leon’s tools.

As it turns out Leon, his younger sister and Guzman all grew up on the same street, on West Chestnut Ave., where the shooting eventually occurred. Unfortunately the relationship that developed between Guzman and Leon’s sister was soured by use of methamphetamine and domestic violence – as attested to by both the prosecution and the defense.

Leon’s parents had eventually barred his sister and Guzman from being at their home. However when the parents took a trip to Mexico, the couple broke into the home and spent a weekend doing drugs and having sex.

Leon learned that Guzman and his sister had stolen his tools on the morning of the argument that led to Guzman’s death. Leon apparently showed up at the house and caught his sister and Guzman.

Leon spoke to his sister then went outside to talk with Guzman. That talk led to an argument. Guzman apparently put down a beer he had been drinking then turned around to face Leon. It was at that point that Leon pulled out his revolver and shot Guzman four times, according to the prosecutor, Deputy O.C. District Attorney Keith Burke.

The defense attorney, O.C. Deputy Public Defender Jacob DeGrave, explained that Leon was carrying a gun because he knew that Guzman, who was taller than him by a foot, was known to be violent and he at times was known to carry a knife. Guzman had threatened to kill Leon and Leon believed his life was in danger when Guzman put down his beer.

DeGrave stated that it all happened so fast – and Leon shot Guzman in self-defense and as such is not guilty of murder.

Unfortunately for Leon he chose to flee from the scene, first on foot then he got a ride back to his apartment. He then drove in his car to Mexico.

Alas for Leon the Mexican authorities found him and he was interviewed by detectives. At the time he denied knowing anything about the shooting.

Leon is facing up to life in prison if he is convicted of first-degree murder with a sentencing enhancement for use of a firearm.