Bill Lockyer, an evergreen of California politics, is retiring next year after 41 years in public office, and he’ll be chief honoree at the Democratic Foundation of Orange County’s annual awards dinner on Nov. 17, according to the O.C. Register.

The Register also reported something far more important than Lockyer’s retirement – he has apparently reoncicled with his wife, former SAUSD School Board Member Nadia Maria Davis.  That is big news given the awful times she has had since she became an alcoholic, got elected to the Alameda County Board of Supervisors, went to rehab, had an affair with a meth addict, Steve Chikhani, a San Jose construction worker, and ultimately became a meth addict herself.

Dan Noyes, the Chief Investigative Reporter at ABC7, sat down with Nadia for two stunning interviews that turned into two articles.  Click here to read his first article and here to read the second one.  Here are a few excerpts from the first article:

And here are a few excerpts from the second article: 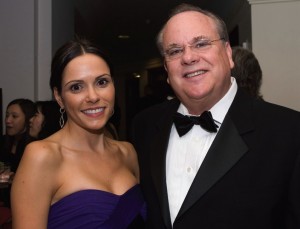 I wonder if Nadia will show up with Bill when he gets honored this month by the Democratic Foundation of Orange County?  They actually met at a Democratic Party convention.  We wish them well in the time that Bill has left on this Earth…

« There were 30 crimes reported in Santa Ana on Sunday, Nov. 3
Why is the Santa Ana City Council messing around with the Mayoral elections? »